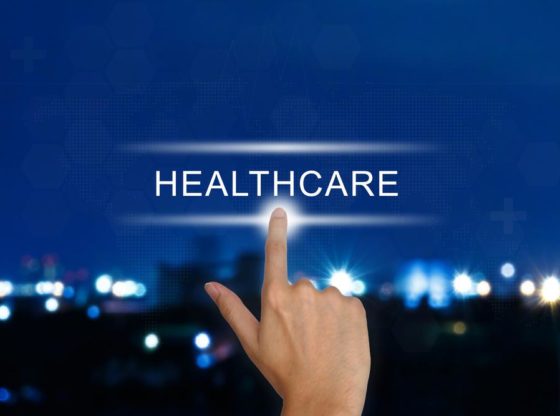 89Bio, a clinical-stage biopharmaceutical company focused on nonalcoholic steatohepatitis (NASH) and other liver and metabolic disorders, today announced it has closed a $60 million Series A financing. The funding will be used to advance the company’s pipeline of biologic and small molecule drug candidates acquired from Teva Pharmaceutical Industries, Ltd. The investment round was led by OrbiMed Israel, OrbiMed US, and Longitude Capital and joined by RA Capital Management and Pontifax. OrbiMed Israel and OrbiMed US founded 89Bio.

89Bio’s lead candidate for the treatment of NASH is BIO89-100 (formerly TEV-47948). Currently in Phase 1, BIO89-100 is a novel long-acting glycopegylated fibroblast growth factor 21 (FGF21) analogue that was developed using a proprietary glycopegylation technology to prolong the half-life and optimize the biological activity of native FGF21. In preclinical studies BIO89-100 demonstrated a long half-life, potentially enabling extended-interval dosing, and significant improvements in biomarkers such as body weight, blood glucose, and lipids. 89Bio also has an undisclosed preclinical compound with potential utility in the treatment of NASH and other related disorders.

“NASH is a common and complex multifactorial disease linked to obesity and type 2 diabetes for which there are no approved treatments,” said Arun Sanyal, MD, professor of gastroenterology and hepatology at the Virginia Commonwealth University. “FGF21 is a compelling target for intervention. Given its metabolic role across multiple organs, BIO89-100 has the potential of affecting the disease pathway in both metabolic and fibrosis endpoints.”

The company also announced the appointment of seasoned biopharmaceutical executive Rohan Palekar as CEO. Mr. Palekar most recently served as president and CEO of Avanir Pharmaceuticals from 2015 to 2017, after holding key leadership roles upon joining the company in 2012. Avanir was acquired by Otsuka Pharmaceuticals in 2015. Previously Mr. Palekar was the chief commercial officer of Medivation, and he also held senior commercial and strategic management roles at Johnson & Johnson. Mr. Palekar received an MBA from the Amos Tuck School of Business Administration at Dartmouth College and bachelor’s degrees in law and accounting from the University of Bombay.

“I’m excited to join 89Bio, which has been formed around a promising program in NASH that is anchored by BIO89-100, a precisely engineered FGF21 analogue with unique properties,” says Mr. Palekar. “I have great confidence in the ability of our team, together with our top-tier life sciences investors, to achieve the company’s full potential and deliver life-changing treatments to patients in need.”

Dr. Michal Ayalon joins 89Bio as head of R&D. Most recently, Dr. Ayalon led the FGF21 program at Teva, and previously she was vice president of R&D at Galmed, where she was responsible for the Aramchol program targeting NASH.

Ram Waisbourd joins 89Bio as COO and chief business officer. Mr. Waisbourd previously held operational, strategy, and business development positions at Teva. Most recently he was vice president of strategy and transformation and a member of the executive leadership team of Teva Specialty R&D.

About NASH
NASH is the most advanced stage of nonalcoholic fatty liver disease (NAFLD). It is a complex metabolic disorder that causes fat buildup in the liver, as well as inflammation and eventually fibrosis, and it can worsen to cirrhosis and liver failure. NASH affects more than 16 million adults in the United States. The exact cause of NASH is unknown, but it is commonly found in people with obesity and type 2 diabetes. It is predicted that by 2020, NASH will surpass hepatitis C as the leading cause of liver transplant, and by 2030 its prevalence will increase by 63 percent. While there are currently no approved treatments, the biopharmaceutical industry is actively involved in addressing this unmet medical need.

About 89Bio
89Bio is a privately held biopharmaceutical company building a pipeline of biologic and small molecule treatments for liver and metabolic disorders. The company’s lead product candidate for the treatment of NASH is BIO89-100. Currently in Phase 1, BIO89-100 is a novel long-acting glycopegylated FGF21 analogue. 89Bio is headquartered in San Francisco with R&D and operations in Herzliya, Israel. Visit 89Bio.com for more information.

About OrbiMed
OrbiMed (www.orbimed.com) is a leading investment firm dedicated exclusively to the healthcare sector, with approximately $14 billion in assets under management. OrbiMed invests globally across the spectrum of healthcare companies, from venture capital start-ups to large multinational companies. OrbiMed’s team of more than 100 employees manages a series of private equity funds, public equity funds, royalty/debt funds and other investment vehicles. OrbiMed maintains its headquarters in New York City, with additional offices in Herzliya, San Francisco, Shanghai and Mumbai.

About RA Capital Management
RA Capital Management (www.racap.com) is a multi-stage investment manager dedicated to evidence-based investing in public and private healthcare and life science companies that are developing drugs, medical devices, and diagnostics. The flexibility of its strategy allows RA Capital to provide seed funding to startups and to lead private, IPO, and follow-on financings for its portfolio companies, both facilitating the crossover process and allowing management teams to drive value creation with fewer capital concerns from inception through commercialization.

About Pontifax
Founded in 2004, Pontifax is a healthcare-dedicated venture capital firm with over $600 million under management. We seek transformative, cutting-edge life sciences technologies at all development stages. Visit www.pontifax.com for more information.