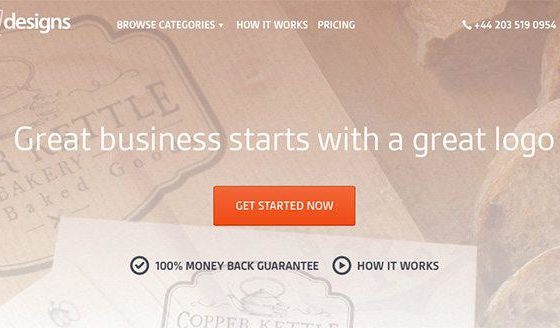 99designs, the world’s largest marketplace for graphic design, today announced it has received $10 million in a strategic Series B round of funding led by Recruit Strategic Partners, the Silicon Valley based venture capital arm of Japan’s Recruit Holdings Co., Ltd. Accel – the lead investor for 99designs’ Series A in 2011 has also reinvested and added partner Rob Solomon to the board.

According to 99designs CEO Patrick Llewellyn, the Recruit investment represents a strategic move to support the company’s further international expansion, particularly in Japan and other parts of Asia where Recruit is a dominant force in information services and marketplace matching services. In addition to helping accelerate worldwide growth, partnering with Recruit also opens the door to a wider corporate customer base for design services.

‘We knew that we would need the right partner to enter Japan and expand our footprint in the broader Asia market,’ explained Llewellyn. ‘Recruit believes crowdsourcing and marketplaces are an important part of the future of work and in empowering people to follow their dreams and find opportunity. This is something we have been doing successfully for designers and small businesses around the world since 2008, so the fit with our business is perfect.’

Recruit Strategic Partners (‘RSP’) is a wholly owned subsidiary of Recruit, a Japan-based holding company that started as one of the first employment marketplaces and has evolved into the world’s largest matching platform across verticals including human resources, travel, real estate, bridal and dining.

‘Investing in 99designs fits in with Recruit’s goal of becoming the number-one company in global matching across multiple sectors,’ said Recruit Strategic Partners’ President & Managing Director Akihiko Okamoto. ‘They have helped more than 350,000 businesses launch and grow and paid out more than $110 million to designers around the world. With this investment, we can help them promote their global design platform throughout Asia and beyond.’

Accel’s participation in this round reflects the firm’s strong belief in 99designs’ strategic growth decisions. The addition of Accel venture partner Rob Solomon to the board of directors is also part of the company’s ongoing efforts to build a strong global consumer Internet brand. Most recently prior to Accel, Solomon served as President and COO at Groupon, where he led operations through the company’s hyper-growth phase and helped it scale into one of the fastest-growing companies ever.

‘Since Accel Partners’ initial investment in 99designs four years ago, I’ve watched the company expand into new markets and evolve from a pioneer in contest-based logo design into a thriving marketplace for designers and SMBs to connect,’ said Solomon. ‘As a board member, I’m excited to help them reach the next phase in their growth.’

About Recruit Holdings
Founded in 1960, Recruit Holdings is a leading information services and human resources company in Japan. Through a wide range of services, Recruit is delivering new discoveries and opportunities to users with information in such fields as employment, education, housing, marriage, travel, restaurants, beauty, cars, hobbies, and lifestyles. Recruit has more than 30,000 employees and operates in Asia and North America.

Recruit Strategic Partners, a wholly owned subsidiary of Recruit in Japan, is a Silicon Valley-based venture capital firm investing in innovative companies from all around the U.S. It offers industry knowledge and expertise to our entrepreneurs and is an integral part of Recruit’s global investment business. Recruit Strategic Partners co-invests with leading venture capital firms in the U.S..

About 99designs
99designs, the world’s largest logo design and graphic design marketplace, has helped more than 350,000 businesses access quality design at an affordable price and paid out more than $110 million to designers across the world. 99designs pioneered crowd-sourced design contests, where businesses receive a wide variety of design concepts and choose their favorite, and expanded to provide services for customers to work 1-on-1 with individual designers, purchase design templates from the ready-made logo store, or get small design projects done within an hour through Tasks. With more than 950,000 designers from 192 countries around the world, 99designs’ suite of services helps businesses succeed through great design created by a robust community of talented graphic designers. Headquartered in San Francisco, 99designs has operations in Australia, Germany and Brazil.