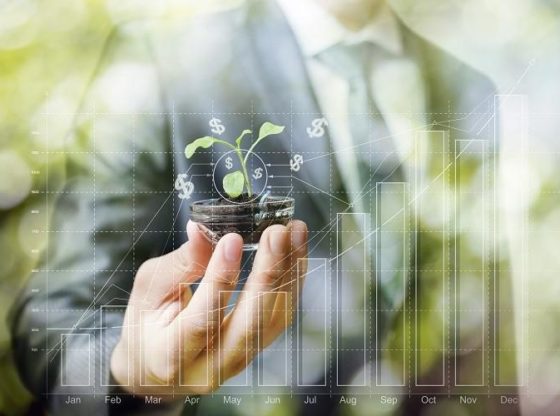 A-Alpha Bio has developed a genetically engineered platform technology, called AlphaSeq, for measuring interactions between proteins that can be used to discover and optimize life-saving drugs. AlphaSeq was invented and developed by A-Alpha Bio’s founders Drs. David Younger and Randolph Lopez, and Scientific Advisors, Drs. David Baker and Eric Klavins, at the University of Washington (UW). AlphaSeq enables the measurement of millions of interactions between proteins with high quantitative accuracy.

“While there are many methods available for screening large biomolecular libraries for a particular binding activity, there are few approaches for assessing in parallel the very large number of possible interactions between biomolecules in two large libraries,” said David Baker, who serves as Head of the Institute for Protein Design at the University of Washington and Scientific Advisor to A-Alpha Bio. “A-Alpha Bio’s exciting technology now provides a way to not only quantitatively measure the interactions between all pairs of molecules in two libraries, but also the effect of small molecules and other perturbations on these interactions.”

Pharmaceutical companies are pursuing increasingly challenging targets, which often require binding to multiple proteins or specificity between closely related proteins. Drug development currently requires iterative screening against one target at a time. This approach is slow, costly, and often ineffective at producing successful therapeutics. AlphaSeq will allow drug developers and researchers to radically accelerate their screening against thousands of disease targets in a single experimental step.

“A-Alpha Bio’s platform is plug-and-play for partners, facilitating read-outs on drug potency and effectiveness in a much shorter time-frame, solving an important challenge for pharma companies,” said Jeff Klunzinger, Co-Founder and General Partner of OS Fund. “We are confident David Younger, Randolph Lopez and the A-Alpha Bio team will be able to accelerate discovery of multi-target protein drugs, such as multi-target antibodies, and small-molecule protein interaction modulators.”

The seed financing announced today will support research operations to validate AlphaSeq with many high-impact disease targets, including those for oncology and infectious diseases, and allow A-Alpha Bio to begin drug discovery and optimization partnerships with pharmaceutical companies.

“We are thrilled to have the backing of synthetic biology experts, pharmaceutical industry veterans, and seasoned company builders who will add a tremendous amount of value,” said Dr. David Younger, Co-Founder and CEO of A-Alpha Bio. “We have assembled a powerful group of investors, led by OS Fund, who share our passion for disrupting the pharmaceutical industry with breakthrough innovations in synthetic biology.”

This funding comes following an announcement earlier this year that A-Alpha Bio was awarded a Bill & Melinda Gates Foundation grant to support a feasibility study for the discovery and optimization of therapeutics to protect developing world infants from intestinal pathogens.

Based in Seattle, WA, A-Alpha Bio was founded in 2017 by a team of synthetic biologists from the University of Washington’s Institute for Protein Design and Center for Synthetic Biology. The company’s mission is to accelerate drug development with synthetic biology and DNA sequencing tools.

About OS Fund
The OS Fund finances and supports inventors and scientists who are targeting breakthroughs in some of the most challenging issues facing our world today. Our mission is to partner with tech pioneers who aim to improve the lives of billions of people around the world for generations to come. In the same way that computers have operating systems at their core – dictating the way a computer works and serving as a foundation upon which all applications are built – everything in life has an operating system (OS). We partner with entrepreneurs who are rewriting the operating systems of life to benefit humanity.

About the University of Washington and CoMotion
Ranked by Reuters as the #1 most innovative public university in the world, the University of Washington (UW) is a leading recipient of federal funding research, producing innovations that have the power to change the world-from biofuel alternatives, to more effective treatments for Alzheimer’s disease and brain cancer, to purification technology for drinking water in the developing world. CoMotion at the UW is the collaborative innovation hub dedicated to expanding the economic and societal impact of the UW community. By developing and connecting to local and global innovation ecosystems, CoMotion helps innovators achieve the greatest impact from their ideas and discoveries.