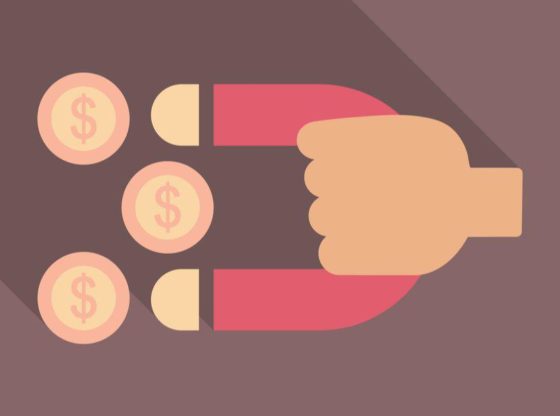 Activehours is putting an end to the antiquated two-week pay cycle that is responsible for holding up over $1 trillion of pay each year while workers wait for payday. With the Activehours mobile app, hourly workers are able to unlock their unpaid wages right from their smartphones anytime they need it.

More than 75 million workers were paid hourly in 2013, according to the U.S. Bureau of Labor Statistics, and now these workers can access and control their earned wages when they decide. For the first time, consumers don’t have to be held hostage to an inflexible payment cycle. Activehours is pioneering a modern approach that aligns real-time work with real-time pay.

‘We’re using technology already in smartphones to update a two-week pay process that hasn’t changed in hundreds of years,’ said Ram Palaniappan, founder of Activehours. ‘If you’ve already put in the hours at work and earned your pay, you should be able to access it and use it when you want. Before, people didn’t have a choice, but now we’re putting the control into their hands.’

The mobile app works by letting users track the number of hours they have worked and allowing them to tap into their unpaid wages before the money hits their bank account on payday. Activehours is open to workers paid hourly, regardless of their employer. The service was launched to the public in May after running a 6-month pilot with employees from over 100 companies, and has now grown to include employees from over 250 employers, from large retailers to top banks, universities and hospitals.

‘We see Activehours as a service millions of people will value and trust which will improve their overall lives,’ said Micky Malka, founder of Ribbit Capital. ‘Our goal is to find companies who make the experience with financial services better. This is the first service that delivers an easy, transparent and personal way to decide when to get paid for the hours you have already worked.’

To download the free Activehours app and unlock your pay, please visit:

About Activehours
Activehours is the new, faster way to get paid. Unlike the traditional two-week pay cycle, Activehours unlocks your pay by giving you the money you’ve already earned when you need it most — any time, any day. With Activehours, you choose when to get paid for the hours you’ve already worked, finally giving you control over your finances. Founded in 2013, Activehours is driving consumer-empowered finance through mobile technology by breaking open more than $1 trillion held up in America’s pay cycle. For more information on Activehours or to download the app, please visit www.activehours.com.

About Felicis Ventures
Felicis Ventures is a boutique venture capital firm investing in iconic companies across five key focus areas — mobile, e-commerce, enterprise, education and health — complemented by exploratory bets in groundbreaking technologies, including 3D imaging, bio-informatics, connected devices and robotics. Since 2006, Felicis has backed over 90 companies via a collaborative, stage-agnostic approach focused on putting founders first. 48 Felicis-backed companies have been acquired by industry leaders including Google, Twitter, eBay, Apple and Facebook, among others. Felicis Ventures is based in Palo Alto, California. For more information, visit www.felicis.com.

About Ribbit Capital
Ribbit Capital is a venture capital firm that invests globally in unique individuals and brands who are aiming to disrupt financial services. Headquartered in Palo Alto, Ribbit believes the category is profoundly under-innovated and is looking to support entrepreneurs who have already launched the businesses of the future. For more information, please visit www.ribbitcap.com