ALL DEF DIGITAL Grabs $5M in Series A 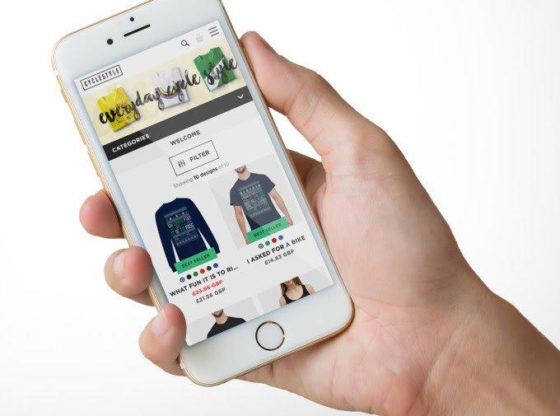 ALL DEF DIGITAL, INC. (ADD) announced today it has closed $5M in Series A financing led by the influential new media venture capital firm Greycroft Partners, with participation from Advancit Capital, Nu Horizons Investments and e.ventures. The announcement was jointly made by ADD co-founder Russell Simmons and Greycroft’s Mark Terbeek, who will join the Company’s Board of Directors.

ALL DEF DIGITAL is the first digital consumer entertainment brand and cross-platform network built to deliver comedy, music, news, poetry and innovative artistry in all forms from the New American Mainstream to audiences worldwide.

The financing will accelerate the Company’s cross-platform growth, artist and talent development initiatives, and original programming in comedy, music, news and poetry, as well as branded entertainment and multi-dimensional sponsorships. The funding will also be used to expand ADD’s multi-channel network and operations.

Principal investors include some of the most important names in digital media and entertainment today. Greycroft is known for its experience, influence and success in the digital arena, making strategic early investments in a prestigious portfolio of new media and online video start ups including Maker Studios, AwesomenessTV, and The Huffington Post. Advancit Capital is led by Shari Redstone and its partners include Jonathan Miller (former chairman of AOL and Chief Digital Officer for News Corporation). E.ventures is a global venture capital firm with a 15 year track record backing companies as diverse as Groupon and Angie’s List. ADD’s funding sources also include as a major investor Nu Horizons, a fund jointly established between Russell and Kimora Lee Simmons-Leissner.

‘Alan Patricoff at Greycroft is one of the most forward looking and savvy investors in early and advanced stage companies, period,’ said Russell Simmons, co-founder of ADD. ‘And Mark Terbeek was one of the first VC’s to see the revolution in video coming, having experience in many related investments. Greycroft’s vantage point and network of relationships across the media landscape will be tremendously valuable to us as we grow.’

‘We are thrilled to have the support of partners like Greycroft, Advancit and e.ventures.’ said Sanjay Sharma, President and COO of ADD. ‘Mark Terbeek and Greycroft were the first to see the disruption of traditional media models caused by the collision of online video and the social web. Mark and the team have been involved in critical online video businesses, from AwesomenessTV and ZEFR, to Machinima and Maker Studios.’

‘We have had the pleasure of backing some great teams in this sector and when we had an opportunity to invest in ALL DEF DIGITAL, we jumped at the chance,’ said Terbeek. ‘When it comes to nurturing and introducing global audiences to new art forms and new artists, Russell is a one-of-a-kind visionary. He is a prolific entrepreneur who has been very methodically building an outstanding platform and team at ALL DEF DIGITAL. I’ve worked closely with Sanjay for five years and have seen the impact his strategic vision and operating expertise had in creating the MCN model itself. The opportunity to take prior learnings and build a transformative new brand, that spans video and music content, in this category, is tremendous and there’s no one better positioned than ADD to do it.’

ADD has been growing steadily, developing an increasing number of original content series, profiling and developing content with select network partners, and ramping up creative solutions with top tier brands. It recently announced a groundbreaking collaboration with Samsung to create ADD52, an artist discovery platform tied into an All Def channel on the MILK music streaming service. The Company’s most recent ‘Single of the Week’ broke the Billboard/Twitter ‘Real Time’ Top 10 Chart shortly after being released.

ABOUT ALL DEF DIGITAL

ALL DEF DIGITAL is a premium, multi-platform digital media company and entertainment hub, curating, developing and connecting a new generation of content creators from the New American Mainstream to global audiences. ADD embraces multiracial but singularly cultural entertainment in all its forms. The company produces original programming and supports and nurtures artists and cultural influencers of all kinds, comics, writers, directors, actors, poets and musicians through its multiple outlets and access points, including a record label, television and motion picture development group, artist management group, and deep partnerships with full service creative agencies. ADD is headquartered in Los Angeles, California, with offices in New York. For more information, visit the company at www.alldefdigital.com.

ABOUT GREYCROFT PARTNERS
Greycroft Partners is a leading venture capital firm focused on investments in the Internet and mobile markets. With offices in the two media capitals of the world – New York and Los Angeles ‘ Greycroft is uniquely positioned to serve entrepreneurs who have chosen us as their partners. Greycroft leverages an extensive network of media and technology industry connections to help entrepreneurs gain visibility, build strategic relationships, successfully bring their products to market, and build successful businesses. Greycroft manages $600 million and has made over 100 investments since inception, including leading companies such as AppAnnie, Baublebar, Braintree, Buddy Media, Collective, Extreme Reach, Huffington Post, JW Player, Klout, Maker Studios, Plain Vanilla, Pulse, TheRealReal, Trunk Club and WideOrbit. For more information please visit the Greycroft Partners website at www.greycroftpartners.com.

ABOUT ADVANCIT
Advancit Capital was co-founded in 2011 by Redstone and Jason Ostheimer. Redstone is Vice Chair of the Boards of Viacom, Inc. and CBS, Inc. and President of National Amusements, Inc. Ostheimer was previously a Vice President at the Blackstone Group.

The firm has made more than 40 investments since its inception, with a focus on early-stage companies at the intersection of media, entertainment and technology. The team seeks the opportunity to form long term partnerships with talented and passionate entrepreneurs who are addressing large opportunities that are ripe for innovation and disruption. The firm provides not only capital, but access to a unique, deep network of industry relationships and strategic support to help accelerate a portfolio company. Investments have been focused primarily in New York as well as Los Angeles, San Francisco, Boston and the United Kingdom.

ABOUT e.Ventures
Founded in 1998 and built on a strong, shared culture of entrepreneurship, e.ventures is a venture capital firm with global scale. The firm invests out of dedicated funds in five geographies, namely BV e.ventures (U.S.), e.ventures Europe, e.ventures Russia, Infinity e.ventures (China and Japan) and Redpoint e.ventures (Brazil and Latin America). The e.ventures team has been investing in Internet companies for more than 15 years and operates as one team by combining a global investment strategy and philosophy with local presence and insights. Focused exclusively at the intersection of consumer Internet, media and mobile, e.ventures aims to help entrepreneurs build transformative companies.www.eventures.vc

Please note that this piece of work originally appeared in English at https://www.vcnewsdaily.com/ALL%20DEF%20DIGITAL/venture-funding.php. As Investocracy aims to bring global startup news and updates in both English and Japanese to you, it’s important that we attribute original source to you. If you have any questions/concerns please write to us at contact@investocracy.co