Anagram Raises $9.1M in Series A 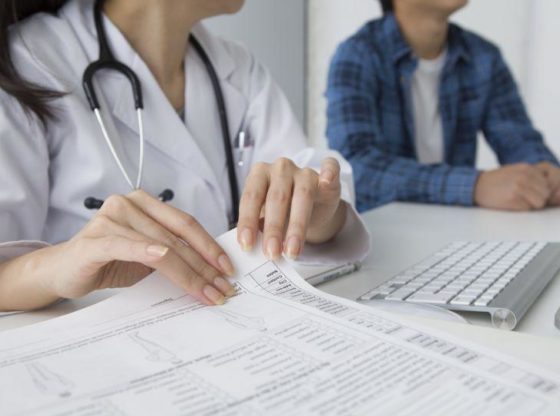 Anagram, the leading software solution to unlock access to out-of-network benefits for healthcare providers, today announced it has raised $9.1 million in funding led by ManchesterStory, with participation from Healthy Ventures, KEC Ventures, Waterline Ventures, Synchrony, Rogue Venture Partners, and Launchpad Digital Health. Previously known as Patch, the company also announced it has changed its name to Anagram. The company will use the investment to focus on market expansion and developing new products.

Traditionally, healthcare providers will only accept patients with insurance that is in-network or force patients with out-of-network insurance to pay for services out of pocket. This results in the provider losing dozens of patients every month. Providers also must spend considerable time interacting with insurance companies filing claims and determining if patients are eligible for certain types of care, all of which creates a slow, painstaking process that prevents providers from treating patients efficiently.

Anagram eliminates that friction by making providers Open Access – the ability to accept all insurance plans regardless of network status. Anagram’s software lets each provider reclaim control of their practice by deciding which insurance networks they want to be in. Providers can pull real-time health insurance benefits from a variety of networks so they never have to call or ask patients what insurance they have. Anagram also lets providers set their own prices and discounts to support cash payments.

Doctor’s offices that use Anagram take on average take on 260 more patients and receive an additional $30,000 annually per location from cash-paying patients. Anagram is used by thousands of providers with hundreds of thousands of patients across all 50 states. Over $55M in claims have been filed through the software; claims that would normally go unprocessed.

“Accessing benefits and paying for healthcare really doesn’t have to be as difficult as it is today,” said Jeremy Bluvol, co-founder and CEO of Anagram. “We envision a world where paying for healthcare and leveraging insurance benefits is a simple and transparent experience for both patients and providers. With Anagram, patients can go to any provider they want, and providers never have to file paper claims or turn patients away again.”

Anagram was founded by Bluvol and Brett Plotzker in 2014. Bluvol is a serial entrepreneur with deep expertise as a healthcare operator. He previously co-founded Instant Chemistry, a company that uses genetic testing to assess relationship compatibility. He has conducted research in the fields of healthcare robotics, ultrasound and MRI technologies. He helped develop and patent technology for detecting and treating prostate cancer at Sentinelle Medical. As a former financial analyst and options trader, Plotzker noticed that healthcare benefits and payments in the US simply didn’t make sense. After being immersed in a world where complex derivatives are settled daily, and then observing that a simple insurance claim could take 180 days to get paid out, he realized there was something off. Bluvol and Plotzker started Anagram to help make paying for healthcare easy, transparent, and straightforward for those on the front lines of healthcare – patients and providers.

“This is a game-changer for healthcare providers who need more transparency on reimbursement and patient responsibility at the point of care,” said Matt Kinley, partner at ManchesterStory. “We’re excited about the potential this has to fundamentally change how healthcare billing is done throughout the industry. Doctors, office managers, and medical billers will love Anagram.”

About Anagram
Anagram was founded by Brett Plotzker and Jeremy Bluvol in 2014 with the mission to make healthcare easy to pay for. Anagram’s software tool takes care of insurance administration so that independent doctors can focus on delivering care to their patients. This creates benefit transparency and lowers administrative costs all in real-time, allowing patients and providers to have a more seamless healthcare transaction. The company’s goal is provide a single service for managing provider payments and revenue so that purchasing healthcare services is as simple as buying a cup of coffee. Anagram has raised over $16M in capital to date and is expanding rapidly in multiple healthcare specialties. For more information, visit anagram.care or follow @anagramcare.

Please note that this piece of work originally appeared in English at https://www.vcnewsdaily.com/Anagram/venture-funding.php. As Investocracy aims to bring global startup news and updates in both English and Japanese to you, it’s important that we attribute original source to you. If you have any questions/concerns please write to us at contact@investocracy.co