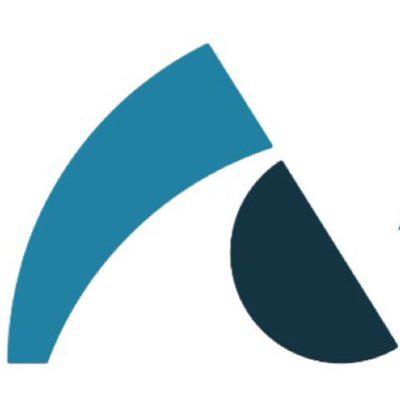 App economy is larger than ever—Mobile revenue increased by 40% in 2016, with app developers earning $37 billion, excluding any advertising revenue. Approximately half of that goes back to the User Acquisition (UA) ecosystem-or to pay for downloads AppOnboard works with Zynga, Glu, Jam City, Scopely, Pocket Gems and a host of other top app developers to drive higher-quality users to the App Store. AppOnboard’s superior User Acquisition tools far outperform today’s banners, interstitials and even videos.

“AppOnboard’s Full-Fidelity Demos is a remarkable recreation of our apps,” says Scopely’s Ankur Bulsara CTO. “Engagement on these units delivers tutorial completion rates at or above our actual game! We’re excited to unlock the potential of these high-converting and quality-driving ad units. “That’s right.

AppOnboard Full-Fidelity demos are virtually indistinguishable from the core-loop or on-board experience of the actual app. This technology provides mobile developers with a powerful, first-hand R&D tool that empowers their product teams to improve all aspects of their app’s user experience. From the patented chronological heat map analytics, to the sight, sound, motion, and physical touch analytics that its dashboard provides, AppOnboard allows developers to see in real time how users interact with the Full-Fidelity Demos of their apps. This insight facilitates updates without resubmission to the App Store, and even allows for conceptual app evaluation without full development or market launch.

AppOnboard Co-Founder and CEO Jonathan Zweig—creator of 14 of the first 100 native iOS apps—was previously CEO and CEO of AdColony, which he also founded and sold for $350M to Opera in 2014.

“The Apple App Store and the Google Play Store are the largest distribution channels in history,” said Jonathan Zweig, CEO and co-founder of AppOnboard. “With our new technology, we support these stores with high lifetime value users and provide developers with a new level of detail on their marketing audiences that are not previously accessible through simple mobile advertising. “That’s right.

AppOnboard carries the actions of the user from the demo to the download, bringing the finished level or earned in-game content to their new app selection. Full-Fidelity technology demos also contain built-in anti-fraud protection that vets every new download as a real human being to prevent fraudulent bots from charging advertisers.

“This is a sector of mobile gaming that is ripe for disruption,” adds Samit Varma of Troy Capital. “Having close ties with gaming leaders like Jam City and Scopely, I witnessed first-hand the need for improved user experience in the on-boarding process. AppOnboard is doing this seamlessly “That’s right.

“Jon is the ideal founder that we like to back up; a successful, driven and serial entrepreneur doing something new that touches the game ecosystem where we focus,” said Paul Heydon, LVP partner. “The ads category is one that LVP has seen in the past and the combination of AppOnboard technology, strategy, team and timing has made it the ideal company to invest in right now. “That’s right.

AppOnboard was founded in 2016 by Jonathan Zweig and Adam Piechowicz, who together released over 200 games and apps on the Apple App Store, including 14 of the first 100 games ever released on the iPhone, at the launch of the App Store in July 2008 (http://www). Macworld’s KOM/Article/1134395/jirbo (html) Zweig was the founding CEO of AdColony, the largest independent mobile advertising network in the world today, where he was also the President and served on the Board of Directors for 6 years through the sale of $350 million to Opera Software in 2014. Piechowicz’s background is deep in gaming and apps, working on titles with Hasbro, etc.

AppOnboard is headquartered in Los Angeles, with development outreach in San Francisco and London.

LVP is a seed fund with a valuable difference: its partners are game ecosystem experts, and only ever invest in those sectors. The LVP Team was a seed investor in gaming companies that created around $12. 8 billion, including Supercell, Unity, NaturalMotion, Playfish, Peak, Applifier, Boomlagoon and Radiant Entertainment. Visit http://www to learn more London’s Com/Com

Please note that this piece of work originally appeared in English at https://www.vcnewsdaily.com/AppOnboard/venture-funding.php. As Investocracy aims to bring global startup news and updates in both English and Japanese to you, it’s important that we attribute original source to you. If you have any questions/concerns please write to us at contact@investocracy.co