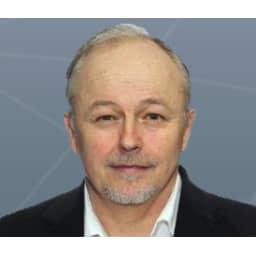 Cloud migration innovator AppZero today announced a $3M round of funding to support cloud-based companies, including those facing the move of millions of applications to newer Windows Server 2003 operating systems, which will reach the end of extended support next year.

‘AppZero is in a unique position because our technology separates applications from the operating system, moving only the application and its data, while the traditional method of moving virtual machines cannot move (up-level) to newer operating systems,’ said AppZero CEO Greg O’Connor. ‘We’re solving a huge IT problem that simultaneously serves as a catalyst for businesses ready to move to cloud-based environments. ”

AppZero moves to and from the cloud quickly and flexibly, extracts and moves server applications in minutes so that they can run natively on any version of the operating system, machine or cloud, including managed clouds. The end of support for Windows 2003 is seen as a key opportunity to move to the cloud, as many industries are changing old systems. With some 10+ million servers still running Windows Server 2003 and an estimated $9 billion expected to be spent on the overall upgrade of legacy systems over the next two years, AppZero is at the intersection of these trends, serving a range of cloud adoption, data center migration/modernization, application distribution and operating system upgrade applications. Key customers include Pabst Brewing Company and a number of major pharmaceutical companies and investment banks.

‘AppZero’s ability to modernize infrastructure by migrating server applications to the cloud by clicking a button addresses a major pain point in a way that is extremely easy to use and yet very difficult to replicate,’ said Nigel Stokes. ‘Beyond technology, the AppZero team has shown the ability to connect with customers across a wide range of industries by making moving to the cloud as flexible, painless and profitable as possible. ”

AppZero, ‘Top 10 Hot Cloud Start-up to Watch,’ is the only automated tool available to migrate applications to newer operating systems. For more information on how Microsoft recommends that AppZero upgrade the OS and move to the cloud in one easy step, visit: http://www. Apzero Com/content/up-level os See more AppZero cases at http://www Apzero Com/content/appzero-use

AppZero About
AppZero is the fastest, most flexible way to move server applications to and from any cloud or data center without any code change or locking. Encapsulates Windows applications in VM/OS-free packages, AppZero’s patented software moves complex server applications with ease. AppZero allows you to upgrade your infrastructure from an old OS to a newer one by clicking a button-upgrade and move to the cloud in one step. Visit http://www for more information. Apzero Come and follow us on Twitter @AppZero_Inc

Please note that this piece of work originally appeared in English at https://www.vcnewsdaily.com/AppZero/venture-funding.php. As Investocracy aims to bring global startup news and updates in both English and Japanese to you, it’s important that we attribute original source to you. If you have any questions/concerns please write to us at contact@investocracy.co