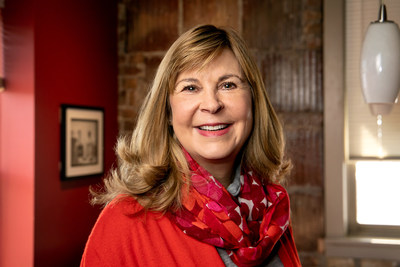 Augtera Networks today announced that it has raised $4 million for the industry’s first AI network platform. The company’s solution, which is built from the ground up for networks, brings the benefits of enhanced AI operations, planning and orchestration to physical, virtual and cloud network environments. The funding will enable Augtera to expand its operations to support existing and rapidly growing production deployments across the Global 1000 companies, scale strategic partnerships and accelerate adoption.

“The current paradigm of building and operating networks relies on engineering and operational teams to manually mine and find needles in an increasingly large and multi-layer data stack,” said Rahul Aggarwal, founder and CEO of Augtera Networks. “These teams are unable to leverage the richness of network data and their workflows are responsive while serving applications, customers and users who depend on the network,” says Aggarwal. “Augtera’s proprietary AI technology, powered by a holistic network model, automatically and proactively finds the needles in the haystack and enables a paradigm shift. “That’s right.

“The networks have become very complicated and management solutions have not been up to date,” Salem said. “Augtera has built a ground-breaking AI system with algorithms designed specifically for networks, and we are already witnessing the efficacy and commercial potential of its highly differentiated product in a number of customer environments. As an early investor, we are thrilled to partner with Rahul and Bhupesh and look forward to playing an active role in the company’s growth and success. “That’s right.

“We are excited to partner with Rahul and Bhupesh, who bring the world-class domain expertise needed to unlock the tremendous value of applying machine learning to the networking domain. We look forward to our journey ahead with them,” said Theresia Gouw, co-founder of Crew Capital.

Founded by industry veterans Rahul Aggarwal and Bhupesh Kothari, Augtera has developed proprietary R&D algorithms over two years to apply machine learning to the networking domain. These algorithms have been built and matured using production data from nine very large networks. AI applications that leverage these algorithms are custom built for networking builds. These AI applications are powered by the Augtera platform, which provides the data plumbing, network models, scale, visualization, ecosystem integration and agility needed to bring the benefits of AI to complex and dynamic networking environments.

Augtera Networks is the industry’s first AI platform built from the ground up for networks. The Augtera team consists of industry-leading technicians from Juniper, Cisco, Nokia, Facebook and a number of successful startups who have collectively shipped extensively deployed products that have generated billions of dollars in value across networking, routing, distributed systems, machine learning, big data and automation environments.

Bain Capital Ventures partners with disruptive founders to accelerate their market ideas. The company is investing from seed to growth in start-ups that drive transformation across industries, from SaaS, infrastructure software and security to Fintech and healthcare, to business and consumer technology. The company has helped launch and commercialize more than 240 companies, including DocuSign, Jet. Kiva Systems, Lime, LinkedIn, Rapid7, Redis Labs, Rent the Runway, Rubrik, SendGrid and SurveyMonkey Bain Capital Ventures is worth $5 2 billion assets under management with offices in San Francisco, New York, Boston and Palo Alto. Follow the company through LinkedIn and Twitter.

About the Capital of Crew

Please note that this piece of work originally appeared in English at https://www.vcnewsdaily.com/Augtera%20Networks/venture-funding.php. As Investocracy aims to bring global startup news and updates in both English and Japanese to you, it’s important that we attribute original source to you. If you have any questions/concerns please write to us at contact@investocracy.co