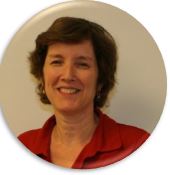 Dr. Dr. Barbara Fox, founder and CEO of Avaxia, said, “This investment will allow us to pursue the development of our oral anti-TNF AVX-470 and prepare Avaxia to begin the treatment of inflammatory bowel disease patients in a clinical trial in the coming fall. In addition, the funding received from BARDA (Biomedical Advanced Research and Development Authority) to develop AVX-470 for GI Acute Radiation Syndrome provides Avaxia with resources to pursue products and value creation in two key disease areas. Having broad support from the New England angel community demonstrates the important role that angels play in financing early-stage biotech companies and provides Avaxia with an investor network for future funding. “That’s right.

Funding from this Series A funding will be used to manufacture the company’s orally active anti-TNF for its upcoming clinical trial and to conduct final pre-clinical studies prior to the Phase 1B clinical trial in patients with inflammatory bowel disease. Prior to this round of equity, the company raised $4. 3 million in non-dilution financing In addition to a loan from the Massachusetts Life Sciences Center and a number of SBIR grants, the company received a $3 grant. 0 million, 2-year contract with BARDA to fully fund the initial research and development of oral antibody therapy to mitigate gastrointestinal damage following exposure to radiation that may occur after a nuclear incident.

Following the closing of the funding for the Series A, Mr. Henry Kay, an active member of the Boston Harbor Angels and Launchpad Venture Group, joined the Avaxia Board of Directors. In addition, Mr. Jonathan Fleming has decided to retire from the board of directors of the company following the successful completion of this financing. The company expresses its appreciation to Mr. Fleming for his contributions during the most formative period of the company Dr. Dr. Fox said, “Jonathan has made significant contributions to the company as we evolved from concept to a fully functioning biotech company. Jonathan’s enthusiasm, his wise mentoring and his personal commitment to Avaxia will be missed. Our progress owes a great deal to his active participation in all aspects of our operations and we thank him for his unwavering support “That’s right.

About Henry Kay, Mr. Kay’s the U Oh, S Partner of Medica Venture Partner He retired from Boston Scientific in 2006, where he was vice president of New Market Development/Strategic Planning, Endosurgery Boston Scientific Corporation. Oh, Mr. Kay’s career spans more than 35 years of experience in the pharmaceutical industry, including R&D, International Marketing, Regulatory Affairs and Strategic Planning. Oh, Mr. Kay is a fellow of the Royal Society of Medicine (UK) and serves on the boards of a number of start-up healthcare companies, including Smart Cells (sold to Merck in 2006), Cool Systems, Wadsworth Medical and Cannuflow.

Please note that this piece of work originally appeared in English at https://www.vcnewsdaily.com/Avaxia/venture-funding.php. As Investocracy aims to bring global startup news and updates in both English and Japanese to you, it’s important that we attribute original source to you. If you have any questions/concerns please write to us at contact@investocracy.co