Back to the Roots Lands $5M Seed Funding 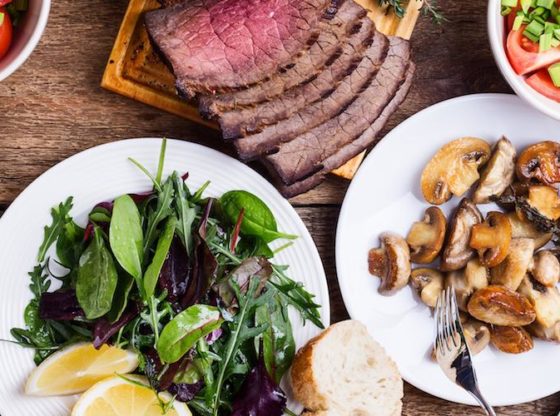 Back to the Roots, a California-based company pioneering the way people reconnect with food, today announced the completion of a $5 million strategic seed funding round. It will also leave the round open for investment for thirty days by accredited investors through the CircleUp crowdfunding campaign led by the Trillions Agency. Previous investors, Blake Mycoskie, founder of TOMS, John Foraker, founder of Annie’s, and Nicolas Jammet, co-founder of Sweetgreen, also joined the round.
In a rare mix of private and public equity funding, $3 million of the round is being raised through the San Francisco-based technology company CircleUp, which has quickly become a leader in the equity crowdfunding industry over the past year. ‘As we looked to raise this seed round, it was clear that we wanted to take a similar approach, and it was so exciting to be able to bring this opportunity back to our passionate community. ‘The co-founder, Nikhil Arora, said
This is the first official round of the “Back to the Roots” Previously, it raised a $2 million convertible note in June 2015, but before that, it had bootstrapped the company using business plan competition prize money, Kickstarter, and bank loans. In fact, its initial funding was just a $5,000 grant from UC Berkeley, the alma mater co-founder, over five years ago.
With the new funding, Back to the Roots plans for major growth In 2015, it increased from three to eighteen total products, expanded from Ready to Grow to Ready to Eat lines, with its new award-winning 100% stone-ground breakfast cereals and Organic Breakfast Toppers, and signed an exclusive national partnership with Sodexo to be launched in K-12 schools.
The funding will be used to accelerate product development (10 new products in the pipeline for 2016), expand distribution to retailers and schools, and build a team at Oakland headquarters. ‘We see an exciting opportunity for ‘Undo FoodTM’ and continue to set up a food company for this next generation that goes beyond natural/organic and focuses on radical transparency, sustainability and great design. We want to bring the same level of trust that families feel when they grow their own food, directly to the grocery aisle and are ready to eat food,” said co-founder Alejandro Velez.
Back to the Roots
Back to the Roots is a food company on a mission to Undo FoodTM and to reconnect families to where they come from through fun, innovative and delicious Ready to Grow and Ready to Eat products. It was founded in 2009 by the then senior college, Alejandro Velez and Nikhil Arora, after they discovered how to grow organic, gourmet mushrooms on recycled coffee grounds. Since then, Back to the Roots has evolved from urban mushroom farming to a thriving business that has received national acclaim and accolades. Back to the Roots currently sells its products in more than 14,000 stores worldwide, including Whole Foods Market, Target, Costco, The Home Depot, Nordstrom, Petco, Cost Plus World Market, Loblaw, Giant Eagle, Wegmans, The Fresh Market, Crate & Barrel, Urban Outfitters, Safeway, Kroger and Amazon. Nikhil and Alejandro have received a number of awards in recognition of their efforts, including BusinessWeek’s ‘Top 25 Entrepreneurs Under 25,’ Inc. ‘s ’30 under 30,’ 500, Forbes” ’30 Under 30′ and CNN’s ’10 Next Entrepreneurs to Watch ‘In addition, Back to the Roots was named the 2013 Martha Stewart Top Ten American Honoree and recognized by President Obama as Champion of Change.
On the CircleUp
CircleUp is an online marketplace for private investment. It gives accredited investors free access to direct investments in high-growth consumer products and retail private companies that were previously difficult to identify and access. For retail and consumer product entrepreneurs, it offers an efficient way to access the network of sophisticated investors and value-added partners.
Trillion Agency
The Trillions Agency, the MAYA Company, is a social innovation and creative agency. Funded by Peter Guber and Tony Robbins, the Trillions Agency works with brands and start-ups committed to integrating Made MediaTM and collaborative innovation into their core business.

Please note that this piece of work originally appeared in English at https://www.vcnewsdaily.com/Back%20to%20the%20Roots/venture-funding.php. As Investocracy aims to bring global startup news and updates in both English and Japanese to you, it’s important that we attribute original source to you. If you have any questions/concerns please write to us at contact@investocracy.co