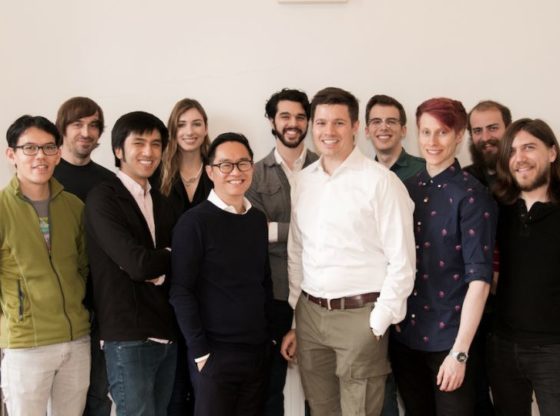 Shasta Ventures led the round with additional funding from GSR Ventures and Pioneer Square Labs Ventures. Jacob Mullins, a Shasta Ventures partner, joined the Board of Directors BigBox VR raised a total of $6. $45 million in funding to date

BigBox VR co-founders, Chia Chin Lee and Gabe Brown, are game industry entrepreneurs who have led successful exits and launched high-profile live service products in Valve, Disney, Sony and Microsoft. Through their experience in building online gambling businesses, they see an opportunity to create platform-defining VR content that becomes the center of a thriving sports ecosystem.

“We’re excited to team up with partners who believe in accelerating VR online games and sports,” said Chia Chin Lee, CEO and co-founder of BigBox VR. “It takes boldness to build products and communities that define emerging platforms, and we have the perfect team and investors to bring this vision to life. “That’s right.

Building on the success of its first VR game, the Smashbox Arena with a positive Steam score of 95%, BigBox VR plans to redefine the VR multiplayer experience with its upcoming Royal Battle Action game POPULATION: ONE

By means of POPULATION: ONE (now in private beta), BigBox VR will enhance the multiplayer VR experience in three key ways:

Content is only possible in VR with FreeMotion-Climb, fly and build up to 24 players simultaneously in a round POPULATION: ONE will launch cross-play compatibility (HTC Vive, Oculus Rift and Windows Mixed Reality with more upcoming platforms) and live services featuring on-going events and new content drops.

Community-driven-Play and spectate with people all over the world, feeling like you’re physically in the same space. Players can wave to each other, high five after a big kill, and use body language in a way that makes social interactions come alive. After launch, players will contribute user generated content (UGC) available in a live marketplace.

Esports appel-With built-in broadcast and tournament tools, POPULATION: ONE has the potential to be one of the biggest VR games on the competitive event circuit. Stay tuned for your competitive event and partner news

“It was an easy choice to support the BigBox VR team, which has a history of success in key technology platform shifts,” said Jacob Mullins, partner at Shasta Ventures. “They are taking a true, native approach to product and user interaction for their upcoming game, POPULATION: ONE, which epitomizes the future of social engagement in virtual digital worlds. More than just a game in the broadest sense, it can evolve into a community that exists beyond the gaming environment. “That’s right.

BigBox VR is a Seattle-based startup that creates the future of online multiplayer VR games. Its mission is to combine platform-defining games, social communities and competitive play to create a VR sports ecosystem. Founded in 2016 by game industry entrepreneurs who led successful exits and launched top-notch live service products in Valve, Disney, Sony and Microsoft. The VC-backed company will launch the first FreeMotion Battle Royal VR game, POPULATION: ONE, in 2019. FreeMotion gives players the freedom to climb and fly anywhere in the VR. Ask for a private beta spot at http://www Population on Demand Come on, Visit us on the web page at www Greatboxvr Come on,

Please note that this piece of work originally appeared in English at https://www.vcnewsdaily.com/BigBox%20VR/venture-funding.php. As Investocracy aims to bring global startup news and updates in both English and Japanese to you, it’s important that we attribute original source to you. If you have any questions/concerns please write to us at contact@investocracy.co