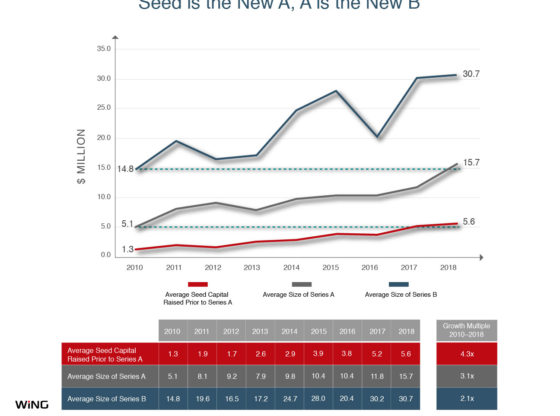 According to Fortune, the new round is co-led by Activant Capital (Boxed, Forter) and Tribe Capital, and includes personal investment by current and former retailers, including Allbirds, Bombas and Jet. Come on, Investments bring the total funding of Bolt to $90 million.

Bolt’s goals are about as grandiose as they are in the pick-and-shovel business services world: the startup wants to provide a one-stop check-out software package for independent retailers and, in the process, give them a chance to fight against the behemoth known as Amazon.

According to Ryan Breslow, CEO and co-founder of Bolt, Amazon has “spent hundreds of millions of dollars to improve the flow” of the site’s purchasing experience. That faster “flow” checkout may encourage shoppers to spend more. In a 2017 study, for example, Akamai’s digital infrastructure firm found that websites that were only 1/10th of a second slower than competitors saw a conversion rate – the rate at which site visitors actually made purchases – drop by 7%. Online retail is particularly brutal at the checkout point, with as many as 80% of shoppers simply leaving their carts before paying.

But it’s almost impossible for smaller sites to achieve Amazon’s degree of refinement, and Bolt says it wants to change that equation by making quick checkout accessible to smaller online vendors. Breslow says that Bolt, which combines a checkout interface with fraud detection and payment services, has almost halved the average checkout time on its customers’ sites, from about a minute to just over 30 seconds.

According to Breslow, much of the time savings come from Bolt’s integrated fraud detection, which uses behavioral cues like mouse movements to make sure the customer is who they say they are. Bolt’s system reduces the time normally spent sending data to third parties, and also saves shoppers by filling in fields, such as their billing address, which are mostly there to help detect fraud but which Bolt omits.

Bolt has good enough anti-fraud results that it offers to cover the cost of any fraud that occurs (in exchange for a fee) while also approving many transactions that may have been blocked by other systems. Many retailers using Bolt reported significant improvements in conversion rates, with more digital window shoppers actually buying something, apparently thanks to Bolt’s greater convenience at checkout. Breslow describes Bolt as a “premium product” because it is more expensive on a per-transaction basis than the products of some competitors. But by reclaiming otherwise lost transactions, the company argues that its customers often come forward.

Bolt says it has now passed $1 billion in annualized payment processing, more than 1 billion in annualized payment processing. 5 million transactions and more than 100 customers, including boutique clothing retailers such as the Huf Worldwide skatewear brand and the Polywood furniture maker. These numbers are still small compared to competitors like Shopify, which itself caters to smaller online retailers. Shopify claims $100 billion in sales since its founding in 2004.

But Bolt thinks he’s found a unique niche with what Breslow calls his checkout platform. “This contrasts, on the one hand, with Venmo or Stripe, which focus largely on moving money; and, on the other, with full-service e-commerce platforms such as BigCommerce or Shopify, whose kitchen-sink approach encompasses everything from website design to online marketing tools. Bolt wants to be the Goldilocks of online retail: not too small to capture efficiency, but not so big to lock users into a vast ecosystem. Breslow acknowledges that there is “minor overlap” with major e-commerce platforms and payment providers, but says he sees them as potential partners. “We’re excited to be working with them “That’s right.

Bolt has already integrated into a number of services and will add PayPal as a payment option this year, but the idea that they are not competitors may not be realistic. PayPal, in particular, parallels many of Bolt’s features, such as user accounts that hold shipping, billing, and bank information, enabling one-click or two-click checkout flow. This has an impressive impact on conversion rates, and shoppers who choose PayPal as their payment method purchase 82% more often than the average for non-PayPal methods—in the same range as the Bolt improvement reports. Some stores that use Bolt already place their payment button right next to PayPal.

E-commerce cash-outs and payments have become a highly competitive field, with Apple and Google now in the fray. Entry at this point is “a really, really difficult thing to do,” according to Mike Dudas, former head of mobile business development at Braintree/Venmo, and co-founder of mobile payments startup Button. Dudas is also skeptical about Bolt’s claim to have exceptional fraud detection, noting that training fraud prevention systems mostly depend on data at a Bolt scale, which is not yet available. Breslow acknowledges that Bolt does not have the same breadth of data as a giant Visa, but says that its more granular and behavior-based approach allows for similar or better fraud detection results.

In the eyes of investors, the difficulty of Bolt’s mission may be counterbalanced by a scenario where the payoff is even greater than that of Bolt, becoming the next PayPal. On top of the faster checkout, Breslow says that Bolt wants to offer independent sellers some elements of Amazon-like product discovery, driven by shopper data shared between what he calls the “user network” “Amazon is able to sell more to customers by making suggestions on the basis of previous purchases, but it is currently difficult for smaller retailers to replicate or leverage those insights. “Some of these traders may see customers once a year,” says Greg Greiner, Bolt’s Product Manager and former Uber’s Business Travel Product Manager.

Making those smaller shops part of a network that mimics Amazon’s discovery mechanism would, in turn, be a major incentive for more customers to get on board, potentially turning Bolt into a data aggregator for every non-Amazon online retailer. Even in the incredibly crowded and challenging world of e-commerce services, that distant dream seems to be enough to get some big-money optimists on board.

Please note that this piece of work originally appeared in English at https://www.vcnewsdaily.com/Bolt/venture-funding.php. As Investocracy aims to bring global startup news and updates in both English and Japanese to you, it’s important that we attribute original source to you. If you have any questions/concerns please write to us at contact@investocracy.co