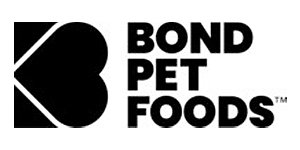 Pet Food Bond, Inc. , a biotech company based in Boulder, which is producing nutritious, animal-free and protein-rich pet food, today announced that it has completed its Seed funding totalling $1. 2 million dollars

In 2017, Bond was co-founded by Rich Kelleman, CEO, and Pernilla Audibert, CTO, with the mission of being an ally for all animals.

Using the same fermentation technology that is used to produce cheese ingredients or diabetic insulin, Bond adjusts the process to allow the harvesting of high-quality meat proteins such as chicken, turkey, beef, pork and fish without the use of animal proteins.

With their proprietary approach, animal muscle protein genes are removed from a farm animal and added to a microbe such as yeast, then put into a fermentation tank and fed simple sugars, vitamins and minerals. This produces proteins that are nutritionally identical to their meat counterparts without negative environmental, animal welfare and safety consequences. The ingredients are then used as the basis for the complete recipes of Bond.

The Seed round is led by Lever VC, a venture capital fund specializing in alternative protein investment, with Agronomics, KBW Ventures, Plug and Play Ventures, Andante Asset Management and others participating.

“What makes us so excited about Bond Pet Foods is that it is the first clean-meat company to produce meat protein in a way that does not require major technological breakthroughs to achieve price parity with conventional meat,” said Nick Cooney, Founder and Managing Partner at Lever VC. “We don’t think there’s any other company out there that has the potential to disrupt the $100 billion pet food market as much as Bond Pet Foods. “That’s right.

This funding round will be instrumental in driving the research and development needed to develop and scale the production of animal protein by Bond and to launch its first consumer product early next year, a protein packed dog bar made from pure yeast protein. It also serves as an important first step in increasing the use of ingredients produced by microbial fermentation in pet food and in educating the public on its merits.

“This increase gives us the capital to make progress with our technology and to introduce pet parents to a new and better way of feeding their dogs and cats,” said Rich Kelleman, co-founder and CEO of Bond Pet Foods. “We started to deliver high nutrition to our pets without harm to other animals or to our planet, and we’re excited to bring our transformative products to the world in the months ahead. “That’s right.

About Pet Food Bond
Pet Food Bond, Inc. Boulder, a Colorado-based pet food company that uses biotechnology to produce food that is nutritionally comparable to conventional meat but without all the wrong things-so people, pets, farm animals and the planet all win. Using some of the same processes used in craft brewing, Bond produces high-quality animal proteins through fermentation, harvests them to better meet the nutritional requirements of companion animals, and uses the ingredients as the basis for its complete recipes. Bond was named to Cleantech Group’s 2019 50 to Watch list, which highlights the world’s leading companies creating a more sustainable future, and named the 2019 Purina Petcare Innovation Prize finalist as one of the world’s most innovative start-ups in pet care. For more information on Bond’s technology and team-and to sign up for details on the first product launch-visit bondpets. Follow Instagram, Facebook, and Twitter.

Please note that this piece of work originally appeared in English at https://www.vcnewsdaily.com/Bond%20Pet%20Foods/venture-funding.php. As Investocracy aims to bring global startup news and updates in both English and Japanese to you, it’s important that we attribute original source to you. If you have any questions/concerns please write to us at contact@investocracy.co