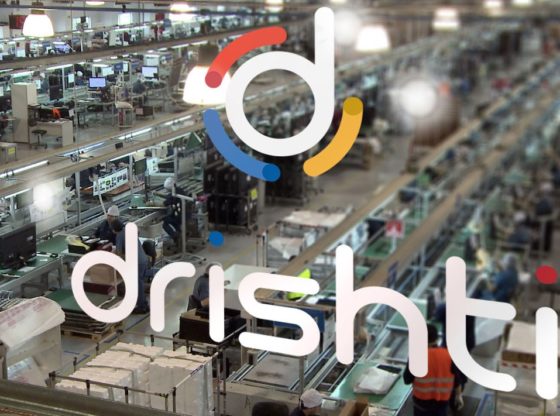 Drishti Technologies, Inc. on 18th June 2020 has disclosed that the startup has secured the latest funding of US$25Million in a Series B funding round. The funding round was left by US-based venture capital firm Sozo Ventures.

It is set up by CEO Dr Prasad Akella in 2016,  who developed and brought the innovative idea in manufacturing in the 1990s as the leader of the general motors. NYSE General Motors developed the world’s first collaborative robots, estimated to be US$12 billion markets by 2025.

Every year an auto manufacturer recalls an average of 10,000 vehicles, which is a loss of billions of dollars, thanks to legal hassles and consumer rights. Bengaluru and Palo Alto-based Drishti Technologies are playing an important role in the area of solving the above problem utilizing computer vision to monitor the quality of production and movement of parts.

Producers still depend on obsolete practices to measure manual processes. But today’s producers want to manufacture automobiles at affordable cost by reducing cost, improving quality, training people and introducing new products faster to be on top of the value chain.

According to the statement made by Founder and CEO Parasd Akella, “We’ve seen the massive impact our technology can have in driving significant improvements in critical business areas. We have a vision of people and technology, human and machine, working in concert to the benefit of everyone in the organization, especially the people working on the line. This investment is the next step toward the era of AI-powered production,”

In a mission to automate the process in factories, Drishti uses deep learning and computer vision technologies for collecting data for monitoring as well as generating information. Amid COVID-19 Drishti also started providing solutions to monitor the social distancing at the manufacturing site.