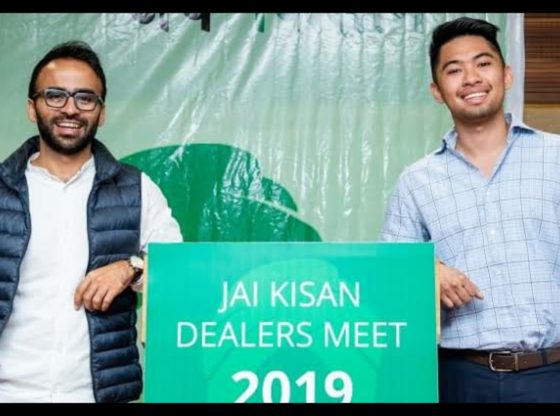 Mumbai based rural fintech platform Jaikisan on Tuesday announced that it has secured fresh funding of US$3.9Million in the pre-series A funding round driven by Akram Venture with participation from NBVENTURES Fund I . According to the NBVENTURES, this is the first time when it has invested in the startup.

ExMumbaiisting investors such as Blume, Prophetic Ventures and Better Capital also participated in the round, along with prominent leaders in finance and agriculture sectors such as an affiliate of The Chatterjee Group (TCG), Rajiv Sahney (New Vernon Capital), Sanjay Mariwala (Omniactive) and others.

Jai Kisan was set up by Texas A&M University graduates Arjun Ahluwalia and Adriel Maniego in 2017. The main function of the startup is to leveraging technology and long-standing value chain networks to facilitate a suite of financial products for underdeveloped rural India.

Jai Kisan will use the fresh funding to hire qualified people for various operations and process management and a good proportion of the fund will be invested in technology advancement, as it looks to provide newer financial services offerings.

According to the startup, “In the last six months, Jaikisan has sanctioned loan over US$ 6566420 in working capital loans to more than 5500 farmers across the nation from different income groups”.

The interest rates for loans disbursed by Jaikisan varies between at 16%-18%, with the company currently joining hands with three government banks and five NBFCs including Avanti Finance, which is supported by Ratan Tata and Nandan Nilekani.

“We are happy to announce that the management has decided to continue its partnership with Arjun and Adriel. JaiKisan’s robust growth, excellent asset quality and expanding footprint nationally made them capable to differentiate themselves from other competitors in the same segment. The company’s unique offering will sustain the growth engine of rural India,” said Sajid Fazalbhoy, venture advisor at Blume.