Kuaidian, a Chinese storytelling mobile app that offers an immersive experience through dialogue-based, text-message reading format, has closed nearly $100 million in a Series C round of financing led by Sequoia Capital China. The Series C round, which was oversubscribed, saw the participation of Kuaidian’s existing shareholders including global venture capital firm GGV Capital, Chinese early-stage venture capital fund Morningside Venture Capital and other investors, according to a statement on Tuesday. China’s Each Capital served as the exclusive financial adviser of the deal.

Kuaidian was officially launched in May 2017 as a dialogue-based storytelling platform for the young generation in China. The platform later enabled user-generated content (UGC) and other functions like dubbing for novels, posting and friending, as well as hashtag creation that leads to the customized recommendation of content. The startup was rebranded from Kuaidian Yuedu (which literally means hurry-up reading in Chinese) to Kuaidian in 2019 after it entered into the short-form mobile series field, providing minute-long soap operas that can directly fit the vertical screens of mobile phones. With about five million daily active users (DAUs), Beijing-based Kuaidian said that over 30,000 UGC-based short-form mobile soap operas are currently available on its platform and about 70 per cent of its users have purchased the video content. The company generates revenues from online advertisements and premium membership.

How it plans to use it investment.

Proceeds from the new round will be used for the construction of the Kuaidian platform’s content ecosystem, creation of more intellectual property, product optimization, and team building. It is targeting to launch 20 to 30 self-made mobile series this year. “In the past two years of development, Kuaidian has proved that dialogue-based online storytelling has the lowest barrier in content creation and production, apart from its benefit in continuously encouraging the birth of a massive amount of valuable intellectual property” said Kuaidian’s founder and CEO Zhang Rui in the statement. In terms of user consumption, he said, short-form videos are proven to be the most suitable model to attract paying users.

According to Chinese third-party business data platform Tianyancha, Kuaidian raised tens of millions of U.S. dollars in a Series B round in September 2018. The previous round was backed by GGV Capital, Morningside Venture Capital, DST Global, and DCM, a venture capital firm that invests across the US and Asia. In September 2017, the startup secured $5 million in a Series A+ round from GGV Capital, Morningside Venture Capital, and China-based Blue Lake Capital.

Wattpad is a website and app for writers to publish new user-generated stories. It aims to create social communities around stories for both amateur and established writers

Meetale is an incubator for authors that assists publishers in selecting the author of their choice to publish.

It offers an online platform where authors can post their manuscripts, readers can read them for free and authors with well-performing books are offered a publishing deal with It’s sister app, GALATEA.

Dubsmash is a New York-based video sharing social media service application for iOS and Android. Using the application, users can choose an audio recording or soundbite from movies, shows, music, and internet trends and record a video of themselves dubbing over that piece of audio.

Sequoia Capital has been an original investor and key partner in an unprecedented number of enormously successful companies, including Apple, Cisco Systems, Oracle, Yahoo!, Google, Electronic Arts, LinkedIn, Dropbox and WhatsApp. It’s estimated that over 20% of the NASDAQ’s value is made up of firms that Sequoia Capital has invested in. Today, Sequoia Capital has robust connections to the four most innovative and fastest-changing economies in the world: China, India, Israel and the United States.

According to a report released in June 2019, the total users of these short video products has reached 820 million, meaning that 7 out of 10 mobile internet users in China are using these platforms to record, share or enjoy videos. The leading players in Mainland China are Bytedance’s Douyin and Kuaishou. Baidu and Tencent are trying to catch up with their own platforms, respectively Haokan and Weishi.

Douyin was created in 2016 by the Chinese tech giant ByteDance. It is by far the most widely known short video app thanks to TikTok, its global franchise. The app is available in 75 languages across the world. User base is mainly young women, displaying music-inspired content videos. No matter the size of an influencer, Douyin’s recommendation algorithm is based on users’ virality engagement with a piece of content. As long as people engage with a video, it will continue to spread further. Influencers can also use the live-streaming function to interact with their fans.

In 2012, Kuaishou went from a GIF-making app “GIF kuaishou,” to a short video platform. In 2019 Q2, the app became the second-highest-grossing video app globally, behind YouTube and ahead of Douyin.

Tencent and Alibaba-backed Kuaishou, known as Kwai on the international market, is the biggest competitor of Douyin, with a higher percentage of male users. Targeting China’s grassroots society, 64% of the platform’s users live in lower-tier cities. These users are heavily engaging with content and are willing to comment and to share. However, compared to Douyin, Kuaishou’s content might be of lower quality, and its ability to monetize content is far weaker. With less revenue coming from large brands advertisers, Kuaishou draws revenues from its live broadcasting function in which viewers have to pay to interact with the broadcast.

Xigua was created in 2016 by Bytedance to target a different audience from Douyin’s, with males accounting for a greater proportion of users. The platform attaches great importance to high-quality content, with both algorithms and user sharing helping drive traffic to high-quality videos longer than one minute. Besides, people can quickly find videos which interest them thanks to a more precise classification menu. However, the platform lacks active Chinese Key Opinion Leaders (KOL’s) who can set the standard.

AI enables the development of short video platforms in China

The monetization of traffic on these applications is crucial, and Artificial Intelligence could help. AI is already the main engine for improving users’ journey on the short video apps, with the ability to enhance the visual quality, select content recommendations, and generate ideas of new content. A better user experience brings more traffic, which in return enables mass advertisement, user subscription, and many monetization opportunities.

Chinese traditional tech companies such as Tencent, Baidu, Alibaba all invested, developed, or acquired short video apps, feeding them with technology to enable commercialization of content. AI algorithms have transformed the content industry from ‘people looking for content’ to ‘content reaching out to people.’ Thus, a study conducted by Netflix shows that 80% of hours streamed on Netflix are based on personalized recommendations. Wholly enabled by AI, instead of relying on word-targeted searches or interest-channel browsing, these short video apps in China directly feed under-60-second, user-targeted short videos to users.

By collecting likes, comments, and other data metrics such as response time, machine learning tracks user behavior and tailors content, deciding what video to show next. Thus, in China, the average daily use time on short video apps is 45 minutes. The growing user’s attention generates a large amount of advertising revenue, with the value transferred from the brands to the online video market in China. Therefore, following the traffic growth, the short video market in China is skyrocketing on the back of a better monetization of its content. In 2018, China’s short video market revenues grew by 744% year-on-year, an impressive leap forward which is expected to last.

During the Coronavirus, the shift towards online services quickly accelerated. No matter the age group of the consumer, it needed to rely on online services to keep its habits. With people streaming from all over China, Chinese people have flocked to these platforms to collect real-time information on the epidemic situation. During this period, short video apps represented more than 30% of the time of news acquisition among Chinese netizens, and 17.3% of the total use of the mobile internet. Compared with the 2019 Spring Festival, short video consumption time exceeds that of mobile games. The advertising revenue from the short video market in China is expected to reach close to 100 billion RMB (14.1 billion USD) by 2021. 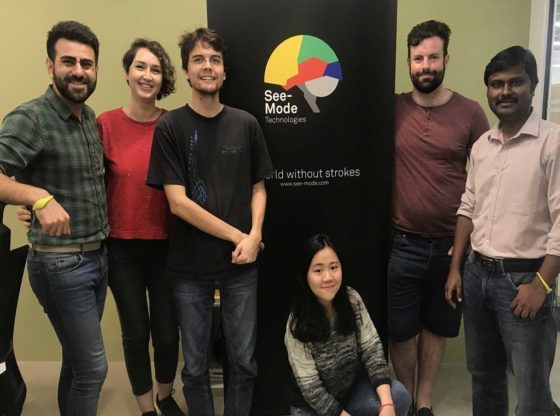