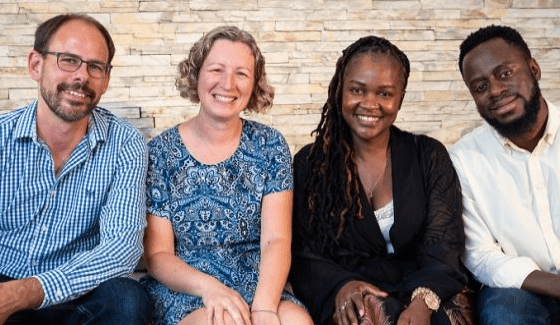 The online start-up has opened the space of business and entrepreneurship to those that would otherwise not have access. Presently, majority of successful start-ups in the continent are spear-headed by people with either a strong influential social capital or multiple degrees from top universities. This has in turn perpetuated the cycle of poverty as Africans have been locked out of the business world. However, that is what, Start-up Circle aims to change.

Named Africa’s number one online accelerator and start-up school, Start-up Circle focuses on assisting entrepreneurs launch and raise capital through guiding them during the ideation, validation, and fundraising phases of running a business. They provide weekly guidance and accountability, monthly webinars and coaching sessions aimed at helping aspiring and early-stage entrepreneurs network and form connections through the platform.

Its membership is open to all African countries, although its founders are based in South Africa. The start-up has mentors from Silicon Valley, Asia, Europe, Australia, and Africa. It has raised more than US$246 Million over 7 funding rounds and has recently partnered with Enggama Ventures, a US based Venture Capital firm. The partnerships and funding rounds have been used to solve issues faced by African Entrepreneurs such as access to investors and funding, lack of inexpensive business coaching and mentorship and loss of money and time in the production of an unmarketable product. At the top of the year, the start-up announced its involvement in an ZAR20 Million (US$1 Million) fund to support other African start-ups, entrepreneurs and innovators building solutions aimed at growing the industry.

Amid the current pandemic and the global lockdown, the online business model followed by the start-up, has allowed it to reach more people than before. They have grown substantially and have began assisting entrepreneurs save their businesses post-Covid-19. Every Friday since South Africa’s nation-wide lockdown, Start-up Circles has been having a series of free social events. According Sandras Phiri, founder of Starts-up Circles, these virtual learning and networking events have been well-received.