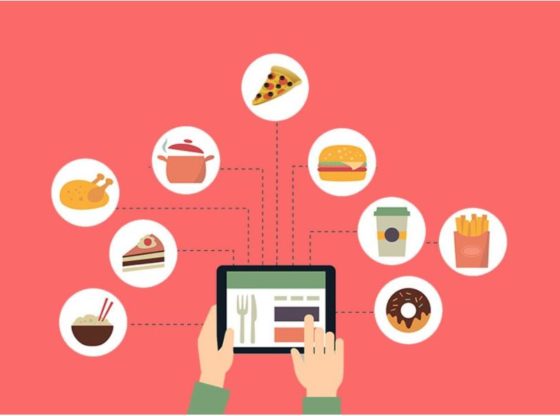 Vietnam has long been home to manufacturing plants from the world’s top innovators. This includes LG Electronics, Panasonic, and Toshiba. Since the United States-China trade war began, Vietnam also transformed into Southeast Asia’s production hub for the Korean electronics company giant Samsung. Vietnam-based startups made up 18 percent – or US$741 million – of the total capital invested in South-east Asia in 2019, up from 4 percent compared to 2018, according to a report by Cento Ventures. Vietnam has moved up 13 places from last year to 59th in the ranking of 100 economies with the best startup ecosystems. Vietnam plans to have at least 10 unicorns by the year 2030, according to its Ministry of Planning and Investment. Unicorn can also be described as a privately-owned startup company worth at least $1 billion.

According to a report by StartupBlink in May 2020 “The ecosystem is mostly thriving due to the substantial market size of the Vietnamese economy, making the creation of successful local startups profitable even if they do not expand out of Vietnam,”

In Vietnam, there are currently 38 operating business incubators, about 72% concentrated in Hanoi and Ho Chi Minh City. In Ho Chi Minh City, the two most dynamic ecosystems in the country. Da Nang is a developing ecosystem, which has also built 3 business incubators, focusing on the city’s strengths that include tourism, food, and high-tech products. Currently, in Vietnam, there are 23 organizations providing business acceleration programs with the goal of helping startups develop their businesses and also call for investments.

Business accelerators are concentrated in 2 major cities, Hanoi, Ho Chi Minh with 10 being in Hanoi, 9 in HCM City, and with smaller localities such as Da Nang, Thai Nguyen, and Hue having one each. International accelerator programs are also supporting Vietnamese startups, including the Google Launchpad program and Surge, a program run by Sequoia capital. Accelerators in Vietnam are a relatively new phenomenon, with most of them having started around 2016, with operation time starting from 2015 and 2016. In 2019, two more accelerators programs were established. As a result, we can see that it is one of the great environments and support for startups.

Some accelerators are also being established and being supported by the government, especially in the National Program 844, these include an accelerator program at the Thai Nguyen University of Agriculture and Forestry, the Posts and Telecommunications Institute of Technology, the Military Technology Academy, and at the Saigon Innovation Hub. The characteristics of these programs are focusing on specific fields such as agriculture, finance, or focusing on helping startups raise capital for the group.

With the growth in digital technology, the food delivery market in the country is being reshaped. Food ordered through online websites and apps provides customers convenience and a greater level of transparency. Few of the successful food-tech companies include eat.vn, now.vn and grabfood.

The latest technologies have changed the world and the rules of the game in many industries. Similarly, the food industry is also being revolutionized. Besides, to a new variety of dishes, it is also adopting new technological changes. In other words, it is the intersection between food and technology. Following is the list of top food-tech startups in Vietnam:

Based in Ho Chi Minh city, Chopp is an online personal grocery store and same-day delivery service.It is a convenient mobile-first on-demand grocery service that provides world-class customer service experience and supports both English as well as Vietnamese languages. However, it offers its services only in Vietnam where it has established itself as one of the leading on-demand e-grocery platforms which deliver groceries in one hour.

Duyen “Zoey” Nguyen and Truong “T.” Nguyen founded chopp in 2015. In addition to this Truong T Nguyen has also cofounded other startups too. For instance, carbon corp. While Duyen “Zoey” Nguyen, also has an experience of co-founding Cuon Delight. Also, it offers a delivery service for the same. Also, its top investors include 500 startups, BEENEXT (Singapore), Bon Angels, and  Vemanti Group. Furthermore, it has already raised capital of US$ 150,000.

Based in Ho Chi Minh, Cooky is a food recipe start-up. Vuong Nguyen, incorporated Cooky in 2015. In addition to this,  he also has previous experience as a web developer in Foody corp. Thus it has helped cooky become one of the top food-tech startups in Vietnam. Cooky has more than 40,000 cooking recipes online on its portal. In addition to this, it also has more than 200 offline cooking tutorial sessions. Their investors include Dang Minh and ESP Capital. Furthermore, it has raised more than US$ 500,000.

Based in Loc Ninh, Cricket One is a cricket protein-based startup. It is currently managing over 25 million crickets monthly. Its flagship product, a cricket powder made of 60% to 70% protein and 7% fiber, is being sold to bakeries and chip makers. It has 10 countries, including the US and Europe. Nam Dang and Bicky Nguyen established Cricket One in 2017. In addition to cricket one, Nam Dang is also a co-founder for Mimosa Technology and VietBridge Business Matching, and an Independent Consultant. While Bicky Nguyen also a co-founder of Mimosatek and is the owner of The Bros and Sis Coffee Roasting Company. Besides, to this their by-product is used in cosmetics as well as fertilizers. Its investors include 500 Startups, FPT Ventures, ImpactCity, Masik Enterprises, Startupbootcamp, and Vietnam Innovative Startup Accelerator. In addition to this, they already have raised US$ 30,000.

Based in Hanoi, Food Hub connecting retail organic food chains to end-users. It is a startup that home-delivers fresh farm food in Vietnam, The startup aims to help customers buy fresh farm food via a mobile app easily and quickly. FoodHub claims to have grown its customer size more than three times since launch, primarily during COVID-19. Duong Nguyen, LoThanh Noa, and Vinh Nguyen incorporated Foodhub in 2019. Duong Nguyen has experience at working in Bzone, Nexus FrontierTech, and also was a partner Manager at Geniee International. Over time, it has become one of the top food-tech startups in Vietnam. Furthermore, its main investors include MP Solution, ThinkZone Accelerator, and WISE Accelerator. In addition to this, it has already raised US$ 50,000.

Based in Hanoi, Hellomam is a food delivery service. It is a perfect example of the type of company that suits their investment thesis for agribusiness startups. Le thi thu thuy, incorporated Hellomam in 2015. He is the former CEO of Vingroup, a Vietnamese property company that also dabbles in the agribusiness and retail spaces. Hellomam is an online-to-offline platform that provides organic food delivery to customers. Over time, Hellomam has become one of the top food-tech startups in Vietnam. In addition to this, it was funded by SSI Asset Management.

Based in Ho Chi Minh City, Kamereo is the first B2B food supplier using the power of technology in Vietnam. Kamereo claims to be the first integrated procurement platform for the food services industry in Vietnam. Taku Tanaka incorporated Kamerero in 2018. In addition to Kamareo Taku Tanaka was also COO plus a board member for Pizza 4Ps  It is one of the best solutions to optimize the purchasing & sourcing process for F&B store owners. Additionally, they have a wide range of products for your restaurant with the best price on the market. In addition to this, its investors include Genesia Ventures and Velocity Ventures Vietnam. Furthermore, it has already raised capital worth US$ 500 k.

Based in Ho Chi Minh City, Trung Nguyen incorporated Lozi in 2014. It is one of the fastest-growing tech startups that operates a one-hour-delivery E-commerce platform called Loship. Additionally, Loship has one of the most effective distribution networks in Vietnam, filling the massive demand for immediate deliveries in a bustling and modern life, with a wide range of services including food delivery, grocery delivery, ride-hailing, medicine delivery, laundry service, package delivery (Lo-send), flower delivery and B2B supply delivery. Loship now has a fleet of more than 50,000 drivers and 200,000 merchants, serving almost 1,500,000 customers across four big cities of Hanoi, Ho Chi Minh City, Da Nang, and Can Tho – all dedicated to fulfilling the Vietnamese consumers’ one-hour delivery needs.

Based in Ho Chi Minh City, Germain Blanchet incorporated MarketOi in 2015. Besides this, he also has experience of being a Web-entrepreneur in Namado. MarketOi is Vietnam’s leading on-demand delivery platform. In addition to this, it is partnering with supermarket, restaurants, and gourmet. While. in the case of a supermarket, it has a partnership with Phoung Ha, An Phu Supermarket, and BIg C. In the case of Gourmet it has a partnership with Annam and Yukino foods. Furthermore, in the case of restaurants its restaurants Au Parc, Starbucks, Banh Nam, Belgo, and similar restaurants. As a result, it has become one of the top Food-tech startups in Vietnam. Besides this, it has also raised capital worth US$ 20,000 from investors that include FPT Ventures and Vietnam Innovative Startup Accelerator

Based in Ho Chi Minh City, Meete provides marketing solutions to restaurant owners. Duong-Nicholas Nhuyen incorporated this in 2016. In addition to Meete, he is also the founder of The founder Institue, CIXA JSC, and XGIRLS’CLUB. Furthermore, Meete is a geolocation app that lets it, Restaurant holder, to create and optimize marketing campaigns. It provides social media management, marketing, branding, strategic planning to a tool like reservation, loyalty, e-voucher distribution.

Again, it has experience of working with more than 3500 local brands in the categories of food & beverage, health & beauty, and fashion. Thus, becoming one of the top food-tech startups in Vietnam. In addition to this, it also helps the users to discover and book their favorite restaurants. Besides this, its Investors include G&H Ventures and Innovatube.

Based in Ho Chi Minh City, The Cricket Hop is a sustainable nutrition and lifestyle company focused on providing alternative protein sources. Tom Scrimgeour and Hayden incorporated The Cricket Hop in 2018. Tom Scrimgeour is a Uk based chef who also has experience of working in The Hook, Antic London, and The butchers club. While Hayden has studies nutrition and gastronomy at a university. He also has been an International chef jin London, France, Australia, Singapore, and HongKong. As a matter of fact, their cricket flour is made from 100% crickets produced under lab conditions from our Novel accredited Vietnamese farm partners who are certified for EU, USDA, and ASEAN export. Additionally, this environmentally friendly product is also a Gluten-free, Nut-free, Lactose-free, and a Non-GMO alternative to other protein sources.

Based in Ho Chi Minh City, Vietnammm offers online food delivery. Since its inception in 2008, it has expanded its services in 5 cities that include Da Nang, Ha Noi, Ho Chi Minh City, Hoi An, and Nha Trang. It is a subsidiary of takeaway.com one of the world’s biggest online food delivery services, acquired a stake in Vietnammm,. Furthermore, it has over 1500 partner restaurants Furthermore, on its way to the current position it also acquired one of the top food-tech companies in Vietnam i.e, Foodpanda Vietnam. In addition to this, Foodpanda.vn’s customers and its base of over 1,000 restaurant partners was transferred to Vietnammm

Articles that might be helpful
Top food-tech startups in Africa