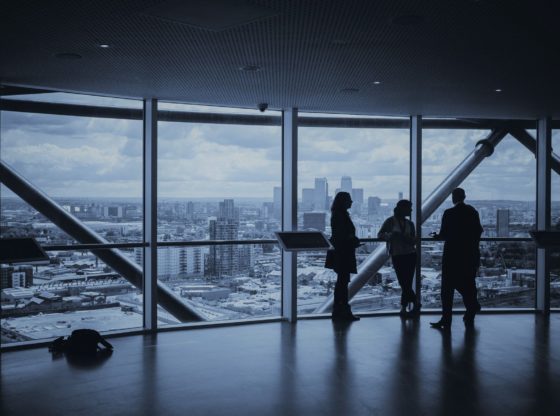 What is a shell company?

A shell company is a corporation with no active business or assets. However, it is a registered entity. Such corporations are not necessarily illegal, but are sometimes used for illegitimate reasons.

Most government agencies around the world require businesses to pay corporate taxes on their profits. Usually, these taxes are taken as a percentage of annual profits reported by the company. If a company wants to pay less taxes then, the company will have to show less profit. How do they do that? The answer is simple. The company creates a shell company in a country where the taxes imposed are very less. Such offshore venues are known as “Tax Havens”. Examples of such places are Panama and Switzerland.

Once you have created your shell company, you can transfer your profit there. However, you can’t just transfer money to another company for no apparent reason. You must show something in the form of an expense. A common example of this is “Consultation Fee”.

To launder money, the shell company is shown as a service company. It is because service companies usually require their customers to pay in cash. Cash transactions have the ability to increase the anonymity of customers. This reduces the government’s ability to trace the initial recipient of the dirty money.

Money launderers commonly select beauty salons and plumbing services as shell companies. The launderer deposits the money with the shell company, which deposits it into its accounts. The company then creates fake receipts and invoices to serve as proof for the cash.

Ponzi schemes are based on fraudulent investment management services. Such fraudulent schemes lure investors and pay profits to people who invested money early on in these schemes. Such schemes make victims (aka prospective investors) believe that the profits are from the sale of a product or from rendering services. The victims are unaware that the ‘profits’ are the funds given by other investors.

People or corporations create shell companies to defraud people the same way. It is the company that offers the scheme here. By making use of these companies, they save themselves as when the fraud is found, it is very difficult to find the actual people behind the scheme, and the only thing upon which the blame can be put on is the company (which is not of any use).

Finding the real owner of a shell company can be a difficult task as more often than not, the owners of these companies successfully hide their identities. They cannot be located as usually the registered office of the company or directors is at a completely different place, than the address submitted to the registrar.

Shell companies are often used to inflate the value of certain products/services which are hard to value. As an example, take jewellers dealing with hard to evaluate materials such as diamonds. They might sell their jewellery to a shell company at an inflated price (say X) which in turn can sell this jewellery (at an inflated price) to a further inflated price (say Y) where Y > X. The “value difference” is just because the jewellery item was sold from one company to another even though both the companies belong to the same individual(s).

In 1999, Thomas L. Bromwell Sr. used his influence as a senior Maryland state senator in a scheme to “intervene” in business disputes on behalf of a company named Poole & Kent — a construction firm with major state government contracts.

According to the Superseding Indictment of Oct. 19, 2005, the company Poole & Kent paid Bromwell’s wife more than $200,000 to be a ghost employee with a no-show job. Furthermore, the company did construction work on the Bromwells’ home valued at $85,000.

Bromwell used a company, Namco Services Corp. — ostensibly a minority-disadvantaged business (MDE) — to obtain construction contracts for Poole & Kent, which then used the MDE as a payment mechanism to the Bromwells. His wife also pretended to be a Namco Services employee to try to deceive investigators.

MDE contracts are often used to bring in a more diverse contracting force. For instance, firms owned by women, veterans and minorities.

Enron was the seventh-largest company in the United States. Through some complicated accounting practices that involved the use of shell companies, Enron was able to keep hundreds of millions worth of debt off its books. Doing so fooled investors and analysts into thinking this company was more fundamentally stable than it actually was. Additionally, the shell companies, run by Enron executives, recorded fictitious revenues, essentially recording one dollar of revenue, multiple times. This practice created the appearance of incredible earnings figures.

Eventually, the accounts were audited and the share price dove from over $90 to less than 30 cents. As Enron fell, it took down with it Arthur Andersen, the fifth leading accounting firm in the world at the time. Andersen, Enron’s auditor, basically imploded after David Duncan, Enron’s chief auditor, ordered the shredding of thousands of documents. The fiasco at Enron made the phrase “cook the books” a household term, once again.