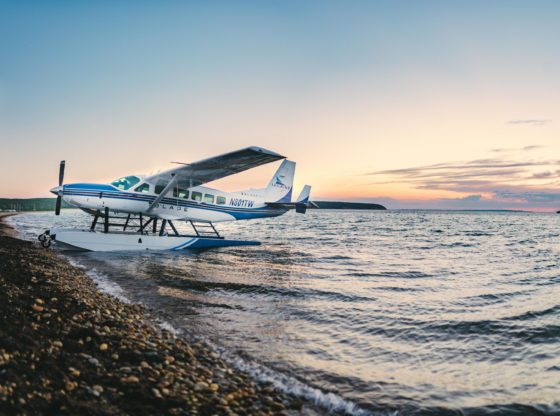 At the same time as the financing was closed, the company appointed Kenneth Lerer as chairman of its board of directors. Ken is Lerer’s managing partner, Hippeau Ventures, as well as co-founder and former chairman of The Huffington Post.

‘BLADE is now set to become the leader in short-haul aviation It owns a unique and powerful technology platform and builds a terrific brand. That combination creates a great potential for expansion of the company, which we are now beginning to see with additional routes and operator partnerships,” said Mr. Lerer’s

‘Ken has had a wonderful history of building technology-driven companies and, in particular, building brand-centric companies like BLADE. He loves the company, and I know he’s going to work with Rob and his team to overload it in ways that no one else can as Chairman,” said Mr. Zaslav’s

BLADE launched this new route by partnering with Uber Boston to jointly offer flights to Nantucket that weekend under the BLADE powered UberAIR moniker. Flights were available on both the Uber app and the BLADE app.

At the same time as the Massachusetts expansion was launched, BLADE opened a standalone BLADE Lounge and Terminal located next to the General Aviation Terminal at Nantucket Memorial Airport. This is the sixth BLADE passenger lounge. The BLADE lounges are now located in New York City, Miami and Massachusetts.

Over the past year, BLADE has increased its service routes from three Hamptons destinations to 22 destinations in five states. In addition, the number of strategic aircraft operator relationships BLADE has increased from one to twelve. BLADE’s accessible fleet has grown to more than 60 aircraft, including single-engine, twin-engine and cabin-class helicopters, landplanes and seaplanes, as well as heavy jets used for seasonal BLADEone jet service between Manhattan and Miami.

The BLADE Bounce airport transfer product has made it possible for the company to be the largest arranger of helicopter flights between Manhattan and all of the area airports. The large network of BLADE affiliated operators enables users to book a Bounce helicopter and leave within 20 minutes of booking. Bounce is priced at $895 for your own six-person helicopter. The 4-6 minute Bounce flight normally saves between one and two hours of driving time between Manhattan and most of the area airports.

BLADE was co-founded by CEO Rob Wiesenthal and Steve Martocci, founder of GroupMe Messaging Platform, in 2014. Wiesenthal is the former CFO of Sony Corporation of America and the most recent COO of Warner Music Group.

AT THE RAINE GROUP

Raine Group is a global merchant bank that focuses exclusively on technology, media and telecommunications. The company was founded in 2009 by industry veterans Joe Ravitch and Jeff Sine, in partnership with WME Entertainment, the leading talent agency. The team comprises more than 75 professionals across five offices with deep sector-specific relationships and experience, making Raine a trusted advisor and financial partner of choice in its focus sectors.

Please note that this piece of work originally appeared in English at https://www.vcnewsdaily.com/Blade/venture-funding.php. As Investocracy aims to bring global startup news and updates in both English and Japanese to you, it’s important that we attribute original source to you. If you have any questions/concerns please write to us at contact@investocracy.co