With both globally and in Japan, the size of the VR/AR market is expected to grow more than 10 times larger over the next five years. Up until now, VR/AR has largely been used in Japan for entertainment purposes. However, in the coming years, it is expected that the technologies will be applied in a wide variety of industries, such as medicine, tourism, retail, and manufacturing. In 2016, the size of Japan’s VR/AR market was around 14.1 billion yen and is estimated to grow to 211.1 billion yen by 2020.

Here are the top VR start-ups in Japan.

Laugh and Peace mother is a Venture Capital-Backed start-up. Founded in 2019, it is the developer of the education platform designed on a concept “play and learn” both inside and outside Japan. The company’s platform offers to produce market original interactive image content, games, augmented reality (AR) and virtual reality (VR) applications and entertainment, thereby enabling children to naturally acquire all sorts of knowledge.

Real World Games is a sports agency that provides to its employees by using ascending and descending stairs. Founded in 2017, developer of vision-based augmented reality games designed to connect the physical world with digital experiences. The company’s services are engaged in the development, design, production, and distribution of vision-based computing experiences and augmented reality applications, enabling users to see the world with a new perspective.

Vaqso is a Venture Capital backed start-up founded in 2017. It is a developer of an odor emitting device for VR headsets designed to add a smell to the VR experience. The company’s device can install up to five different scent cartridges, it can be attached to various HMDs and has a battery life of up to 3 days, enabling users to seamlessly integrate scent into their content. VAQSO VR  is a scent enabling device that attaches to the bottom of any Virtual Reality Headset and further immerses users in VR content by emitting realistic smells synced to their virtual environment.

EmbodyMe is a developer of a Virtual Reality messenger app designed to help customers communicate better online. The company’s application creates an avatar for a user from just one headshot while using a head-mounted display, enabling customers to communicate over the internet as if they were actually talking to each other in the real world. It was founded in 2016.

Holoeyes is a manufacturer of virtual reality kit intended to be used for surgeries. The company’s VR kit assists doctors to browse CT scan data in three-dimensional images and digitizes them for other doctors and staff members to see, enabling surgeons to simulate operations and diagnose medical conditions in a virtual environment. It was founded in 2016.

Founded in 2016 is a developer of a virtual reality-based medical device intended to serve the healthcare sector. The company offers a therapeutic tool that’s designed to help stroke patients recover balance and mobility by playing games and completing various activities using a base station, VR headset, and a pair of handheld controllers, thereby enabling clinicians and families to accelerate rehabilitation in patients with stroke.

Founded in 2016, Synamon is a developer of a visual collaboration tool designed to create an optimal user experience in VR space. The company’s tool can deal with a variety of functions by incorporating multi-device compatibility and multi-user availability using online connections, enabling VR industry players to join a VR space simultaneously from remote locations and make decisions through sharing visual data of objects.

Hacosco is a smart phone VR service using a simple viewer that can be used with your smart phone, to experience VR (virtual reality) easily.

Founded in 2014, Hashilus develops virtual reality content intended to provide impressive virtual reality experience. The company’s contents include broad kinds of VR content overall and develop both software and hardware for events, amusement parks, and other occasions and facilities, enabling users to rediscover virtual reality and enjoy to the fullest.

Meleap is a developer of an online sports platform intended to offer virtual reality games. The company’s platform is the combination of the motion sensor, smartphone, AR tech, and sports which give a completely new dimension to the gaming world, enabling users to shoot the energy balls and pull up the shields that people have dreamed of since childhood. Meleap is a new sport utilizing the leading AR technology with players wearing a head-mounted display and an armband sensor.

Founded in 2014, Pretia is an early-stage VC that develops of internet services and applications designed to offer AR and real-life entertainment services. The company’s applications offer real-world game services using AR technology, 3D localization, and mapping, enabling players to interact with digital content tied to specific locations through any device simultaneously. They are creating real-world game services using AR technology, encouraging players to interact with their surroundings in a way they have never done before. These consist of various elements including movement, exploration, puzzle-solving, and role-playing to name just a few. The first series of the game was released last summer in Tokyo, with ambitions to deliver the experience to cities further afield and sequels thereafter.

Founded in 1988, Symmetry is a provider of application management and hybrid cloud hosting services. The company offers SAP implementation, upgradation, migration, SAP hosting and security, cloud and IT infrastructure management, regulatory compliance, cybersecurity, and data center services, enabling clients in the healthcare, financial services, retail, manufacturing, and automotive industries to get a smooth and low-risk path to using SAP.

Founded more than 20 years ago, Symmetry has built a base of expertise unmatched by any other independent SAP service provider. We provide one of the industry’s most advanced SAP hosting platforms, and our service portfolio includes expert application management across all deployment environments: on-premise; hosted; and private, public, and hybrid cloud. They also provide award-winning governance, risk, and compliance (GRC) solution, ControlPanelGRC®, for comprehensive compliance automation of SAP environments to keep you Always Audit Ready™.

Spacely is a seed-stage start-up. It is a developer of cloud-based software designed to create and edit 360-degree VR content. The company’s software uses an intuitive operation for a wide range of applications such as real estate, sightseeing, gallery exhibition archives, department stores, and restaurants among the others, enabling subscribers to create and edit virtual reality contents in a hassle-free manner. It was founded in 2013.

The Producer of Instant Games: Playco
All You Need to Know About No-Code 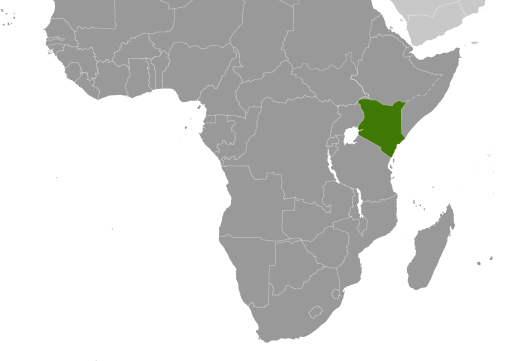