ZunRoof secures US$ 3M in Series A round

Home /Funding/ZunRoof secures US$ 3M in Series A round 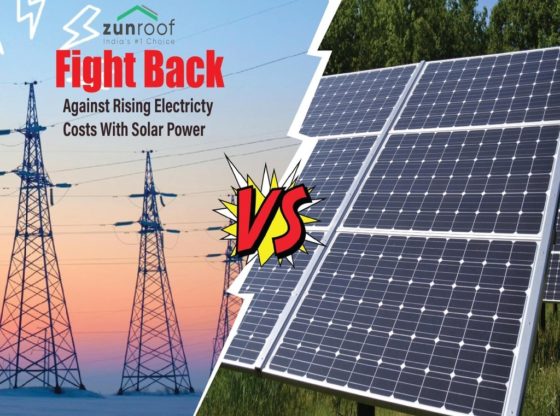 ZunRoof, an Indian rooftop solar start-up, announced that it has closed its Series A round of funding at US$ 3M from Godrej Investment Office.

This marks Godrej’s second round of investment in Zunroof as it previously invested US$ 1.2M in pre-series A round of funding in April 2019.

ZunRoof designs and delivers home-tech solutions across India. It provides end-to-end solution for Solar power plants on rooftops like free energy audit, customized design to optimize ROI. It also provides financing support and delivery from well-trained installers. Additionally, it specializes in artificial intelligence, and virtual reality to streamline the rooftop solar installation and maintenance for homeowners.

ZunRoof claims to have the highest number of residential rooftops installations in India in just three years of launch. Currently, ZunRoof provides its services to customers across 11 states in India. ZunRoof plans to expand to five more states to increase their reach in the next few months.

The first round of angel funding in December 2016, ZunRoof’s investors included Facebook, Morgan Stanley, and FICO in the U.S.

In the second round of angel funding, it raised US$ 0.25M (₹ 16.6M) from a senior at I3N, Pradeep Tharakan, an energy specialist at Asian Development Bank, Vismay Sharma, managing director at L’Oréal, Ajith Pai, Asia director of Dalberg Advisors, Gaurav Gupta and a group of IIT Kharagpur alumni currently based in U.S.

In the third round of angel funding in January 2019, the start-up raised an undisclosed amount of funding.

Pranesh Chaudhary, founder & CEO of ZunRoof, said that the investment by Godrej in the recent round of funding “will fuel our aim to put solar on the roofs of one million homeowners in the next five years and bring a taste of IoT (internet of things) to these customers.”

The Gurugram-based company also said that it will soon launch its service to improve the affordability of solar rooftops. Consequently, making it easy on the customers’ pockets and saving money in electricity bills every year for over 25 years. To put things into perspective, the company added that a typical household requires a 3kW solar rooftop. Therefore, this results in saving ₹30,000 (~$405) in electricity bills every year for 25 years. A 3kW system currently costs around ₹130,000 (~$1,753).