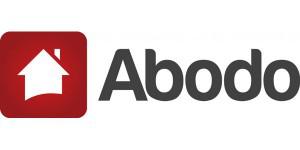 The hyperlocal online rental marketplace ABODO announced today it has closed $1.25 million in Series A financing, led by American Family Ventures. Also joining the round are 4490 Ventures and Lakewest Venture Partners. Unlike traditional apartment listing services, ABODO focuses on building a massive presence in targeted markets to ensure a unique, locally tailored search experience for renters. ABODO will use the financing to deepen its hold on the six initial markets in which the company launched and to expand into 25 additional markets in the coming year. Former Rent.com co-founder Michael Taus has joined ABODO as vice president of Marketing to expand the company’s footprint in underserved rental markets nationwide.

‘We invest in innovations that meet customer needs in unique and impactful ways,’ said Dan Reed, managing director at American Family Ventures. ‘We’re pleased with the results in ABODO’s initial markets and are excited to help it expand into other underserved areas.’

ABODO grew out of firsthand experience with the pains of apartment hunting. After four moves while attending the University of Wisconsin-Madison, co-founder and CEO Alec Slocum became frustrated by the lack of local focus and apartment inventory available through national apartment listing services. Together, he and co-founders Chad Aldous and Adam Olien launched ABODO as a hyperlocal rental marketplace that featured the largest, most accurate inventory of local apartments in Madison.

‘After way too many apartment hunts, we realized that none of the listing services really represented our local market. We knew there had to be a better way to expose the true inventory available and improve upon the actual search experience at the same time,’ Slocum said. ‘We built ABODO to do just that, and finally make it easy for renters to find a great home. After testing and improving the service in multiple markets, we’re ready to expand our footprint, and we’re excited to be doing it with backers who understand the real estate market and share in our vision to deliver a better experience — not just in big cities, but across the country.’

In the first 12 months of operation in Madison, ABODO built an inventory of more than 2,000 available rental apartments and houses around the University of Wisconsin-Madison campus. During that same period, more than 50 percent of the student population used ABODO to find their next apartment. Since then, the company has expanded into and seen faster growth in several other Midwest markets.

‘ABODO is a great example of a Midwest company that understands its markets and customers as well as, if not better than, its Bay Area counterparts,’ said Greg Robinson, managing director of 4490 Ventures. ‘As a Midwest venture fund with Silicon Valley roots, we found ABODO to be a great fit for our portfolio and we’re looking forward to helping the company grow.’

‘We have deep industry perspective on real estate and technology, which gave us an upper-hand in evaluating the market opportunity for ABODO,’ said Jonathan McCulloch, co-founder of Lakewest Venture Partners. ‘In Madison, where they launched, ABODO offers about 25 percent more inventory than even the largest online real estate services, yet the search process is extremely simple and intuitive. We like their approach and believe that there are many underserved customers who crave a service like ABODO in other markets across the country. We also are impressed that so many property management companies are enjoying the results they’re getting from ABODO.’

ABODO provides property managers with an efficient channel to reach prospective renters and fill their vacancies. ‘We are very happy with the leads that have been provided through ABODO,’ said Katy Krueger, vice president of multifamily management at Colliers in Madison. ‘They have become one of our best sources for leads.’

The company recently launched the ABODO Apartment Search iPhone app, which is available for free download on iTunes today. An Android app is expected in the near future.

About ABODO
ABODO is improving the rental search experience by providing massive inventory, intuitive user design and search functionality, and relationships with major property management software providers to expand its reach into small and medium-sized rental markets. Based in Madison, Wis., ABODO came out of the Gener8tor accelerator in 2012 to launch in its first six markets: Madison, Milwaukee, Columbus, Minneapolis, Pittsburgh, and Raleigh-Durham. To date the company has raised over $1.5 million from Gener8tor, American Family Ventures, 4490 Ventures and Lakewest Ventures. Download the ABODO app at iTunes at www.abodo.com/iphone. For more information, visit www.abodo.com.