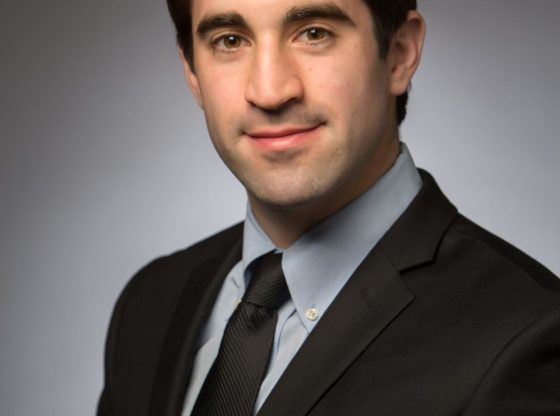 Morningside Venture led the financing and was joined by the ALS Investment Fund and former Genzyme CEO Henri Termeer, as well as new and previous private investors.

The financing adds to a recently awarded $2.96 million grant to support the clinical trial from the ALS Accelerated Therapeutics Initiative, which is a collaboration between the ALS Association and ALS Finding a Cure. Overall, Amylyx has raised $10 million in grant funding and private financing to advance AMX0035. The IND for this Phase II trial is on schedule for the fourth quarter of 2016 and the trial will start shortly thereafter. Over 20 clinical sites across the United States have already expressed interest in participating.

In connection with the financing, Dr. Isaac Cheng, M.D. from Morningside and Mr. Felix von Coerper from the ALS Investment Fund have joined Amylyx’s board of directors. Mr. Termeer will become a Board observer. They will join directors Dr. George Milne, former President of Central Research and President of Strategic and Operations Management at Pfizer; Dr. Walter Gilbert, Nobel Laureate and former Biogen CEO; and Stephen D. Chubb, previous CEO of three publicly-traded biotechnology companies and previous chairman of the board at Mount Auburn Hospital.

‘Amylyx has built a strong rationale for AMX0035 in the treatment of ALS and has developed an outstanding clinical plan to evaluate its potential in ALS patients,’ said Dr. Isaac Cheng M.D. of Morningside. ‘There is a critical unmet need for ALS treatments and Morningside is pleased to support Amyly’s program.’

‘With AMX0035, Amylyx seeks to advance a promising approach to ALS therapy, by targeting neuroinflammation and cell death, that is now poised to enter human studies,’ said Mr. von Coerper. ‘Our investment in Amylyx is aligned with the Fund’s goals of driving medical advancement for this terrible disease.’

‘Amylyx’s clinical plan is not only designed to validate their therapeutic candidate, but also push forward important innovation in trial design and execution in ALS,’ said Henri Termeer. ‘I am excited to work with Amylyx as they work to make a difference in the lives of these patients.’

AMX0035 combines two drugs, sodium phenylbutyrate (PB) and tauroursodeoxycholic acid (TUDCA), that Amylyx has shown act synergistically in preclinical models of ALS. Previous studies with PB and TUDCA as single agents demonstrated efficacy in several cellular and animal models of ALS. In addition, PB and TUDCA have been individually tested in clinical trials of ALS and both showed safety and tolerability and preliminary signs of efficacy.

The Phase II clinical trial will test the safety and tolerability of AMX0035, as well as functional outcomes. Analysis of biomarkers of cell function, neuronal damage, and inflammation will be included as a major part of the trial, along with a new measure of muscle strength that has the potential to be an objective and sensitive assessment of disease progression.

‘We are very pleased with the support and commitment of this group of highly experienced investors who share the focus of making a significant difference in this disease,’ said Justin Klee, President at Amylyx. Josh Cohen, CEO added, ‘We are also thrilled to welcome our new Board members, and anticipate benefiting from their guidance as we prepare to enter clinical development with AMX0035.’

ALS is a progressive neurodegenerative disease that affects nerve cells in the brain and the spinal cord. Eventually, people with ALS lose the ability to initiate and control muscle movement, which leads to total paralysis and death, usually within two to five years of diagnosis. There is no cure, and only one drug approved by the U.S. Food and Drug Administration modestly extends survival.

About Amylyx Pharmaceuticals
Amylyx is developing a novel therapeutic for Amyotrophic Lateral Sclerosis (ALS) and other neurodegenerative diseases that target the neuroinflammation and nerve cell death that characterize these disorders. The company’s therapeutic candidate, AMX0035, is a proprietary, fixed-dose combination therapy that blocks nerve cell death and neurotoxic inflammation. Learn more at: www.amylyx.com.

About Morningside
Morningside is a diversified investment group founded in 1986 by the Chan family of Hong Kong. It is engaged primarily in private equity and venture capital investments. The group has investments in North America, Europe, across Asia-Pacific, and since 1992, in Mainland China. Morningside is an active investor in early-stage life science companies formed around new technologies that represent a high degree of novelty over existing technologies. More information is available at www.morningside.com.

About ALS Investment Fund
The ALS Investment Fund supports and finances biotech companies that develop drugs and diagnostics for Amyotrophic Lateral Sclerosis (ALS), also known as Lou Gehrig’s disease). The Fund was initiated by 3 Dutch ALS patients and is supported by a top-tier European VC firm, Life Sciences Partners. The ALS Investment Fund invests globally, but focuses on Europe and the US. The fund brings depth of disease-specific knowledge and a deep network in the space. More information is available at http://www.alsinvestmentfund.com/.

Please note that this piece of work originally appeared in English at https://www.vcnewsdaily.com/Amylyx%20Pharmaceuticals/venture-funding.php. As Investocracy aims to bring global startup news and updates in both English and Japanese to you, it’s important that we attribute original source to you. If you have any questions/concerns please write to us at contact@investocracy.co