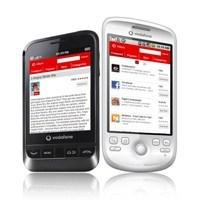 Appia, named in the Wall Street Journal’s Top 50 Venture-Backed Companies List in both 2011 and 2012, continues to see significant revenue growth, with more than 3 companies. Five-fold growth from 2011 to 2012. “We’re excited to partner with North Atlantic as we build Appia into the leading non-incentivised mobile user acquisition network on the market,” said Jud Bowman, CEO of Appia. “This investment is an important one because of the massive growth we’ve seen over the last 18 months. This growth capital will help accelerate Appia’s continued momentum towards creating a consumer-focused, best-in-class mobile ecosystem that will benefit both publishers and advertisers,” Bowman said.

According to comScore, mobile Internet usage is projected to overtake desktop usage by the end of 2014. As a result, Appia has positioned itself as a key advertising solution on the market that delivers performance-focused mobile user acquisition that appeals to the unique needs of an evolving mobile user.

About the North Atlantic Ocean:
North Atlantic Capital is an expansion stage venture capital firm based in Portland, Maine, which invests primarily in B2B technology service companies. North Atlantic provides both equity and subordinated debt investment structures to high-growth companies with unique technologies that address large market opportunities. Founded in 1986, North Atlantic is currently investing its fourth fund, capitalized at $100 million and raised in 2006. Other current investments in the fourth fund include Autotask, ConnectEDU, OnForce, Synacor, Tango, Voxeo and Zmags.

Please note that this piece of work originally appeared in English at https://www.vcnewsdaily.com/Appia/venture-funding.php. As Investocracy aims to bring global startup news and updates in both English and Japanese to you, it’s important that we attribute original source to you. If you have any questions/concerns please write to us at contact@investocracy.co