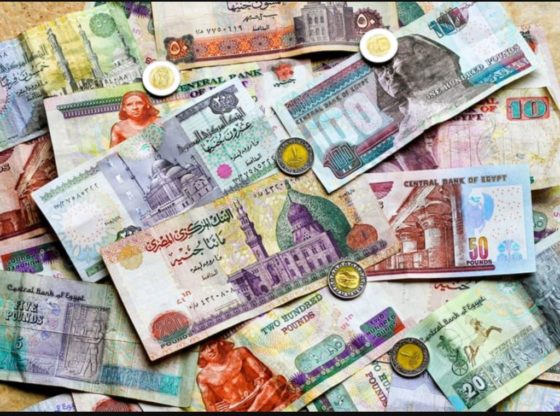 According to MAGNiTT’s 2019 MENA Venture Investment report in 2019, Egypt ranked first in terms of the number of startups investment deals among the Middle East and North Africa  (MENA) region countries in 2019. Further, it accounted for 25% of the total deals.

Egypt is becoming the fastest-growing startup ecosystem in the Middle East and North Africa (Mena) region. Furthermore, startups in the historic city of Cairo, are addressing gaps in the market, solving local problems, and ensuring entrepreneurship. Despite the many challenges that hinder the growth of startups in this emerging market, innovation, and enthusiasm within this growing startup ecosystem remain rife.

Venture capital is a form of private equity and a type of financing that investors provide to startup companies and small businesses that are believed to have long-term growth potential. Venture capital generally comes from well-off investors, investment banks, and any other financial institutions. following is the list of top Venture Capital Firms in Egypt:

This VC firm is a subsidiary of EFG – Hermes private equity. Ideaveloper was incorporated in 2004. It is under the leadership of EFH – Hermes private equity Their preferred investments are in the Software Industry. Furthermore, their primary focus is on early-stage technology companies. Also, it has a US$ 50 M fund focused on the same. Subsequently, it has already invested US$ 25 M in 17 companies. Ideavelopers portfolio includes Coltec, SI ware systems, Ideal Ratings, and similar startups. Thus, it is one of the top venture capital firms in Egypt. TDF I is a US$ 10 M fund that focused on early-stage companies in the ICT. Further, it has another US$ 40 M fund TDF II focused on larger investments.

Based in Giza, Flat6labs focuses on investment mainly in IT Services, Services (Non-Financial), Software, and Transportation. It has invested in more than 100 companies. Ahmed AL Elfi and Alexandra Velut launched this VC in 2011. In addition to Flat6labs, Ahmed El Alfi is also the chairman of Sawari Ventures. Subsequently, its portfolio includes Instabug, Jumpsuit, Sawelry, Dashroad, etc. Also, due to these investments, it has become one of the leading accelerator programs and seed investments in MENA. To get the funding, a startup needs to enroll for their acceleration program.

Furthermore, once enrollment is done and accepted they provide seed funding and mentorship program. In addition to this, they have a demo day where the startups can raise even more capital.Their partner includes Sawari Ventures, Gan Member, Microsoft, Wamda, PWC, Tech Parks, and 4 others.

It is a development finance initiative launched and controlled by Delta Inspire. Delta Inspire is currently managing “138 pyramids” a venture capital fund that envisions playing a role in building the future of Egypt with 138 new Pyramids in industry, driven by entrepreneurs in the form of early-stage growth companies. Its primary focus is the SME sector. 138 pyramids was incorporated in 2014, and its current chairperson is Neveen El Tahiri. She is also the founder and chairperson at Delta Shield for investment and Delta Inspire. In addition to this, she is also a board member of EFSA, Egyptian American Enterprise fund, Arab Moltaq Investments, MOBINIL, and Regina for pasta.
Furthermore, the 138 pyramid is a hybrid financial vehicle of social entrepreneurship, angels, venture capital, and private equity. It offers comprehensive support to early and growth-stage companies.

Based in Cairo, Khaled Bichara incorporated  A15 in 1996. In addition to this, he also was the CEO of Orascom Development Holding. It is an entrepreneurial company that invests in digital products and technology brands. Its main focus-industry is Software Industry. Furthermore, its growth portfolio includes Arpu plus, Kijamii, Paymob, etc. Similarly, its venture portfolio includes Performly, Accept, A2S, etc. It invests anywhere between US$ 31,508 to US$ 189,047. Recently, it doubled its investment in Intouch.

Based in Cairo, Algebra Ventures was incorporated in 2016 by Karim Hussein, Tarek Assaad, and Ziad Mokhtar. In addition to this, Karim Hussein is also Board Member for Sarwa Capital Holding, Halan, and Simplex CNC. While Tarek Assaad, apart from this is also Managing Partner at Ideavelopers.  It is a US$ 50 M fund based Venture capital fund. Ziad has been an active Venture Capital investor since 2010. In addition to this, he is also a Partner at Ideavelopers. They primarily invest in early-stage technology companies in Egypt and MENA.

Furthermore, Algebra Ventures has already invested in 15 transformative technology companies in MENA, including HolidayMe, Trella, Elmenus, GoodsMart, and Halan.Also, this team has already managed over 30 VC investments. Notably, it’s recent investment activity was in March’20 when it made a seed investment in Khazna.

It was incorporated in 2013. AUC Venture Lab is Egypt’s first university-based incubator and accelerator. This lab enables startups to capitalize on AUC’s intellectual capital and research capacities. Furthermore, selected startups play an active role in the AUC community. They share their entrepreneurial experience with students and staff. Consequently, it is partnering with IFC to support promising Financial Technology Startups in Egypt, Cairo angels, and other VC firms in Egypt.
With such resources, it has proven to be one of the top Venture Capital Firms in Egypt.

Ahmed Alsharif incorporated Averroes Ventures in 2017. It is an early-stage and seed-stage Venture capital fund. They focus mainly on investing in tech-based startups in MENA. In particular for investments, they prefer commercial services startups. While startups spend their time building their product and strategy, Averroes Ventures come along the way and help support them by exposing the startups to their vast network of connections to help materialize a strategic foundation. Furthermore, their team possesses over 150 years of combined experience in global business operation and management across a multitude of sectors to help achieve any and all of your visions.

Incorporated in 2012, Cairo Angels is currently lead by its GM Zeina Mandour. It is a formal network of angel investors, planning to invest in local startups. Generally, they make an equity investment of anywhere between US$ 15732 to US$ 125853. Besides, they can arrange for larger capital with their partner organizations. Besides, they have already invested nearly US$ 2.4 M, in 25 startups. Recently, Cairo Angels have announced the launch of its fund-raising consultancy for early and growth-stage startups operating in the MENA. Further, this consultancy will be in strategic partnership with Microsoft through the 4Africa Initiative. Its other partners include Endeavor, Alex Angels, Flat6Labs, AUC Venture Labs, Womena, and GESR.

Located in Cairo, Egypt Ventures uses its fund by investing in accelerator and co-investing into high-growth startups. It was incorporated in 2017 and Currently is lead by Ahmed Gomma and Heba Ali. Mr. Gomaa introduced the first Business Plan Competition to Egypt in 2005 in collaboration with the Government to mark the era of entrepreneurship initiatives in Egypt. Ms. Ali previously served as Partner at Endure Capital and Senior Entrepreneurship Advisor at Mercy Corps. Ms. Ali was also a consultant at IBM and GIZ and was part of the founding team of Endeavor Egypt. The primary industry of investments done by this VC is the Commercial service Industry.

Based in Cairo, Falak startups is Egypts largest startup accelerator. Yousef El Samaa incorporated Falak startups in 2018. Furthermore, its accelerator program provides entrepreneurs with all the tools and resources to catalyze their process. Recently, it announced a new call for investments – outside its regular cycle. Subsequently, it announced an additional fund of US$ 63 K (EGP 1 M) for startups during this COVID crisis. Further, It primarily focuses on tech-enabled startups. It is supported by EFG Hermes Finance, Egypt Ventures, and The Ministry of investment and international cooperation(Egypt).
However, it has an additional track that focuses on FinTech powered by EFGEV. Few of their investments are Mayday, 21 farmer, and Xpay.

Based in Cairo, Foundation Ventures was incorporated in 2018. It is an Early-growth stage venture capital fund. Furthermore, the firm was established in collaboration with HOF Capital and BPE Partners.

Based in Cairo, it is a VC Firm, that focuses on technology projects. Sameh Shaheen, Ashraf El – Sharkway, and Ahmed Mikkawi incorporated Innoventures in 2010.In addition to this, Sameh is also the Managing Director and Founder of Scenario Design Services, a consulting firm and one of Innoventures’ portfolio companies, providing solutions and unique services in the specialization of IC design & EDA to clients across the globe. In addition, his main location in Germany provides access to a wider range of entrepreneurs and strategic partners.Ahmed has a 10-year background in the technology, media and telecom industry, including previous roles at Ericsson and Alcatel in a sales and tendering capacity

It has a 6-month startup accelerator program. Thus, this helps the startup to have accelerated growth.
Further, its partners include Cultiv, Danish- Arab Partnership Programme, Idea space, Oxfam, Suez University.Lastly, a few of its portfolio companies are Crowd analyser, Trip Dizer, Agrona, and Imaginators. Subsequently, it is planning to target a US$ 100 M fund for food startups.

Based in Cairo, Investia Venture capital incorporated in 2013, primarily focuses on equity investments. Samir Alaily is the founder of many companies and ventures since the start. In addition to this, He has lately created Sea Capital Holdings with a focus on its four business sectors to capture growth opportunities in Egypt and Africa. Particularly in a small and medium-sized company. In addition to that, they even offer consultancy services.

Based in Cairo, Kamelizer is an Angel Investment studio. Hanan Abdel Meguid incorporated Kamelizer in 2014. It invests in early-stage companies. Furthermore, it not only provides funds but also the expertise to startups. Particularly, sharing economy and cloud services for SMB. Lastly, few of its investments include investments in Iqraaly, Buseet, Orcas, and Mermaid.

Based in Greater Cairo, Sawari Ventures was incorporated in 2010 by Ahmed AL Elfi. In addition to this, he also founded Hybrid Capital Partners, a private investment partnership which funded, grew, and exited several successful companies. In addition, El Alfi is the founder of The GrEEK Campus, a technology and innovation park. It is an international Venture capital firm. Their primary focus is the investments in market-leading companies in the MENA region. Its investments include Kngine, SilMinds, CircleTie, Zoomaal, FSC partners, and a few others.

Based in Cairo, Sequence ventures incorporated in 2019, is currently is managed by Amr EL Abd a seed and early growth venture capital firm. It focuses on investing in “Next Wave Technologies”. In other words, it focuses on Artificial Intelligence, Blockchain, and Quantum Computing. Furthermore, they generally target their investments in Egypt region. Few of its partners include Yes Delft, EIT Digital, Impact hub, Angels Den, Outliers Ventures, and AHTI. Further, its strategic partners include, Van Campien Liem, Praxis IFM, Al Tamimi & Co., and Grant Thorton.

Based in Cairo, Tamkeen capital is a venture ally firm. It was founded in 2011, just after the Egyptian revolution. It primarily focuses its investments in the Software industry. Furthermore, it targets the market ii the middle-east. It is funded by 4 angel investors. Namely, Adel El-Shourbagy, Ramy Oda Pacha, Ihab Fouly, and Dr. Khalid Shared. Correspondingly, their investments include Chaino and Zoboon

Dr. Hani Sarie El-Din and Minoush Abdel-Meguid established Union Capital in 2008. It is a private equity-based firm. Especially focusing on Small and Medium Enterprises. Union Capital focuses on investing in the growth and expansion of SMEs. Subsequently, they focus on financing entities that might adapt or commercialize existing technology. In particular, their current investments include Sinai Holding for Marble and Granite.

Following is another article for further details regarding Egypt’s Mint incubator 2020 :